I didn’t know much about Bahrain before I went. It’s not somewhere I had ever planned on visiting but i’m so glad we got the opportunity to experience this lovely country. We were there for a week and did everything from pearl diving to horse riding, tasting local food, visiting mosques and camel farms, indoor sky diving to Go-Karting. It was certainly an adventure.

We flew into Bahrain International Airport after a very comfortable flight from Istanbul with Golf Air. We were staying at the Ritz Carlton so it was a short 20 minute drive to our home for the week. 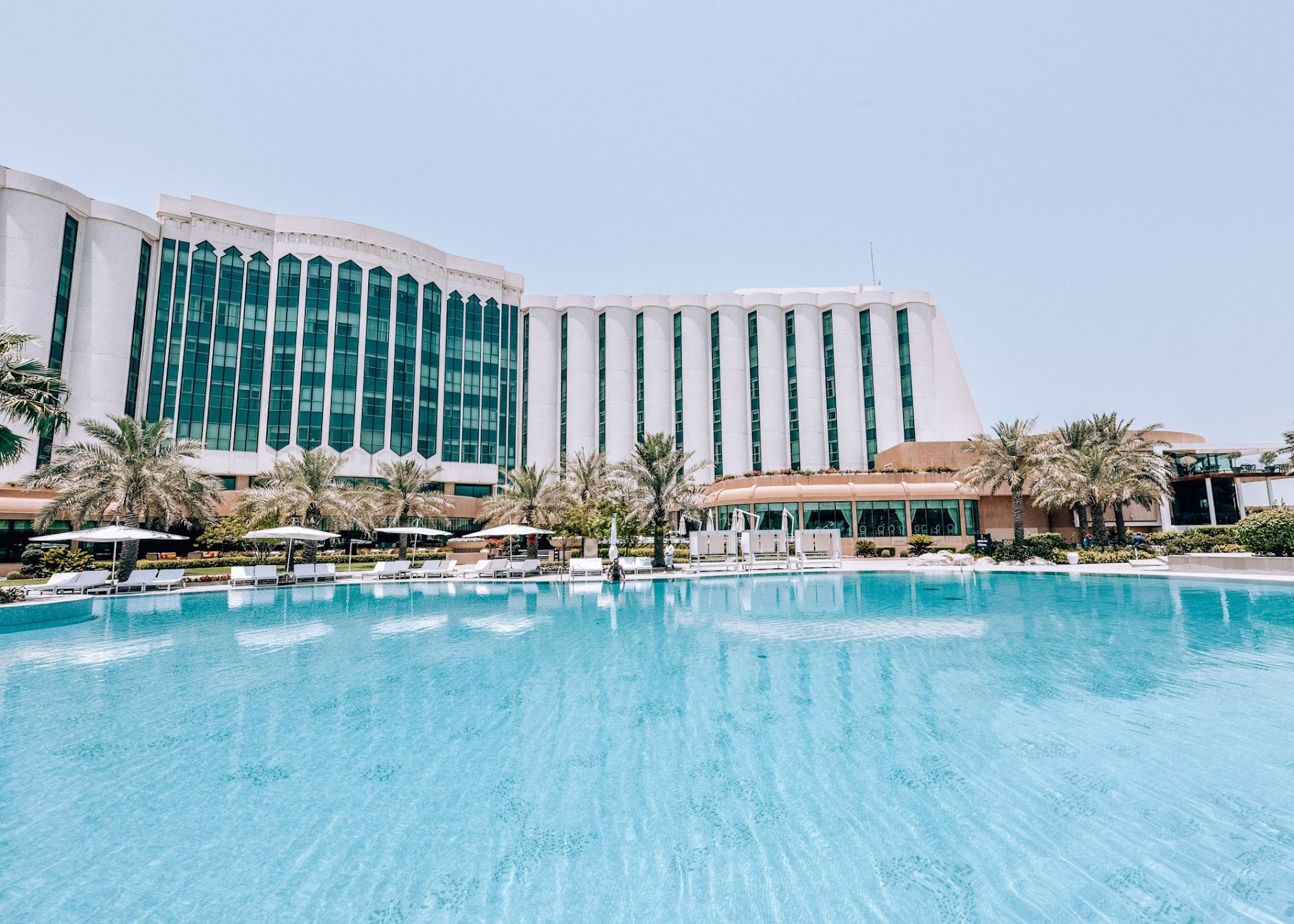 When we arrived we checked in to our beautiful club room. I’m a big fan of RC’s club rooms because it means you get access to a lounge where you can have breakfast, light snacks, drinks and snacks throughout the day.

We quickly changed and then headed to meet the rest of the people we would be spending the week with. We chatted over a delicious dinner at Ritz’ Thai  restaurant which had such a nice vibe with a live DJ spinning tunes whilst we ate.

The next day we had an early start, funnily enough it was for a media event to announce the scuttling of a Boeing 747 plane at the world’s largest underwater theme park in Bahrain. We had previously been to a similar event in Aqaba, Jordan when they sunk a plane for diving and as a diver myself, it’s nice to be a part of these things!

Bahrain have sunk a 70 meter long Boeing 747 which is the largest aircraft ever to be submerged and it’s going to be an awesome dive site! 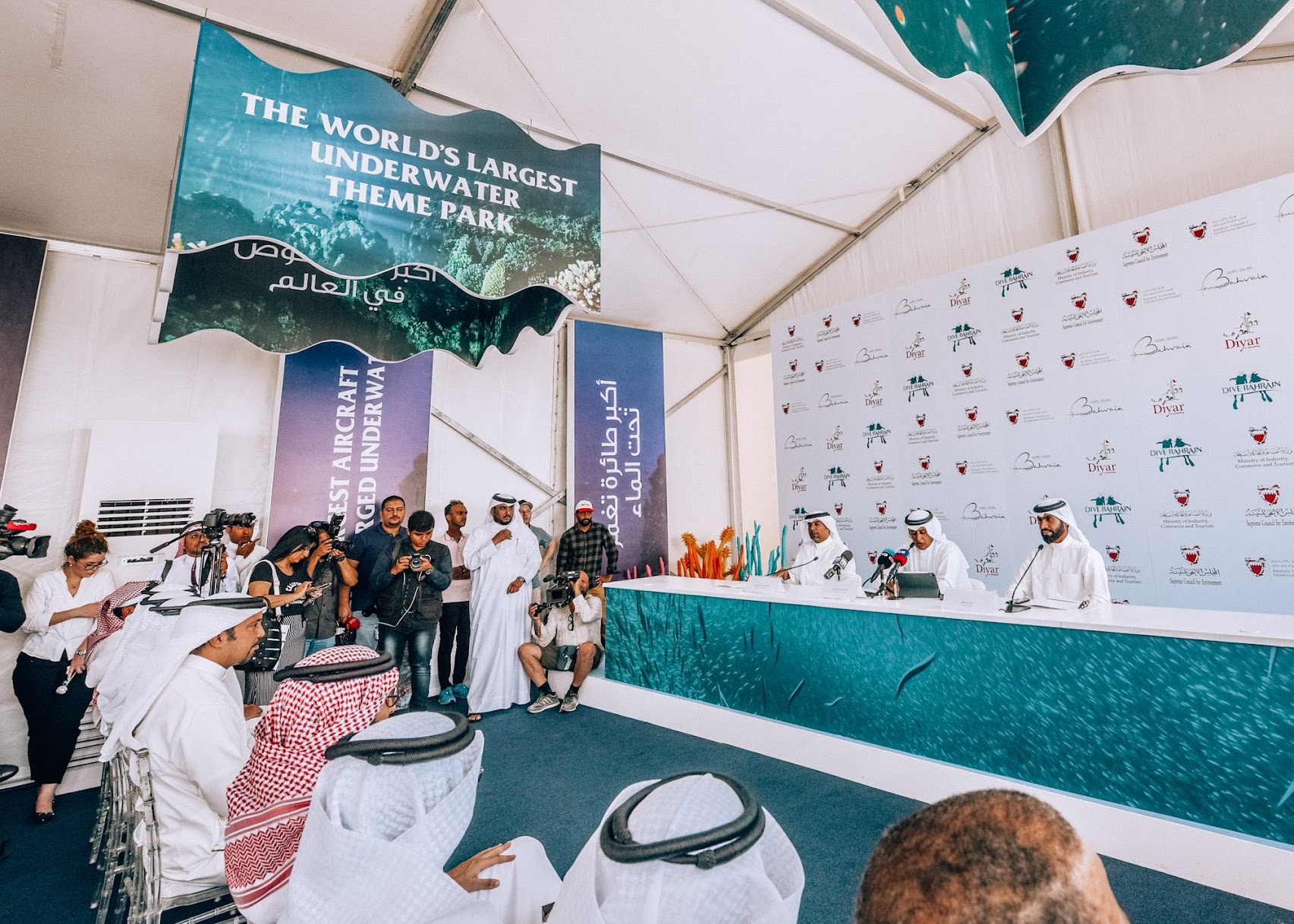 After the media event had finished we visited Muharraq Souq, an atmospheric old Bahraini bazaar, where we walked around soaking up the atmosphere and tried halwa and Arabic coffee. We then had a delicious lunch of fatoosh salad and falafel before exploring old Muharraq houses… 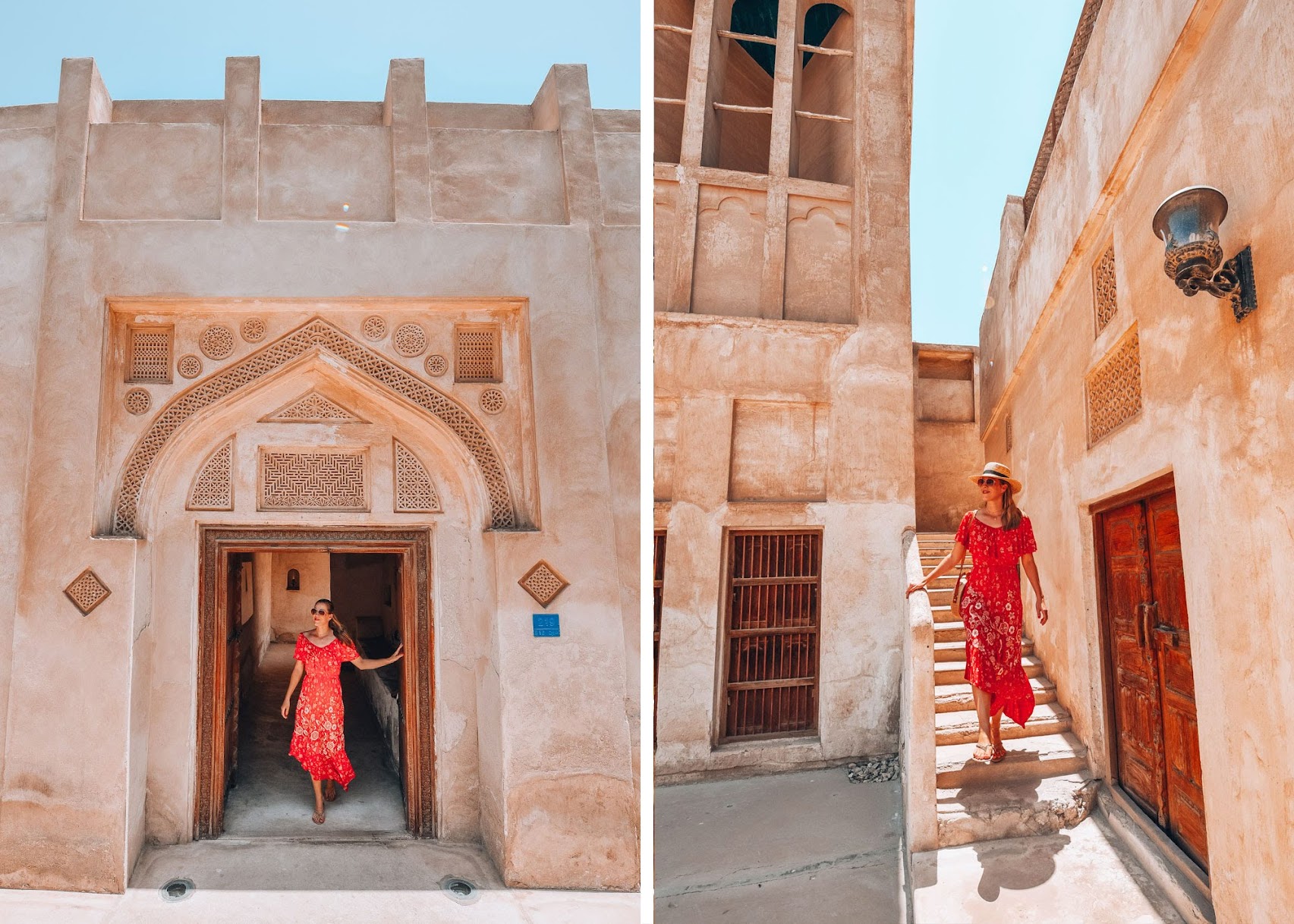 Then it was time for one of my favourite activities of the whole week: Pearl diving! Well…pearl snorkelling to be exact. For more than 2000 years, Bahrain’s pearls have been prized as some of the best natural pearls in the world and in the past, pearl divers spent months away from home at sea.

This was really fun and armed with my snorkel gear, a net and some gloves I even managed to find 5 oysters! Unfortunately none of them contained pearls but I still enjoyed diving for them and then learning how to open the oysters in the correct way. 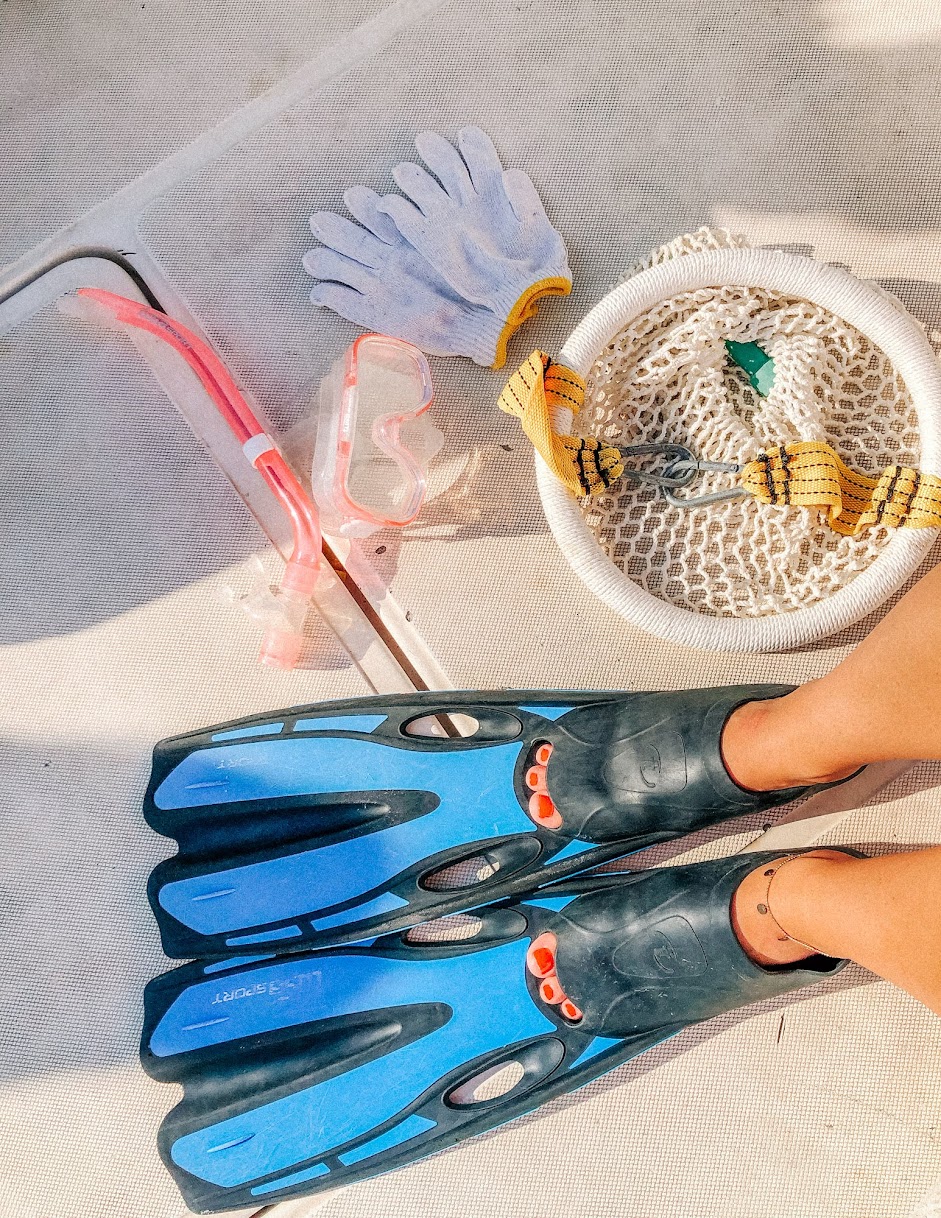 I always looked forward to the evening time because Bahrain has some amazing restaurants and we tried a few of them. That night was Attic – a Greek restaurant where I ate copious amounts of delicious tzatziki.

We spent the following morning chilling at the Ritz Carlton. The hotel, located on the Manama seafront, is set in beautiful lush grounds. With 2 pools, a spa, a gym, a golf course, a calm lagoon style beach and 12 restaurants there was so much to explore. 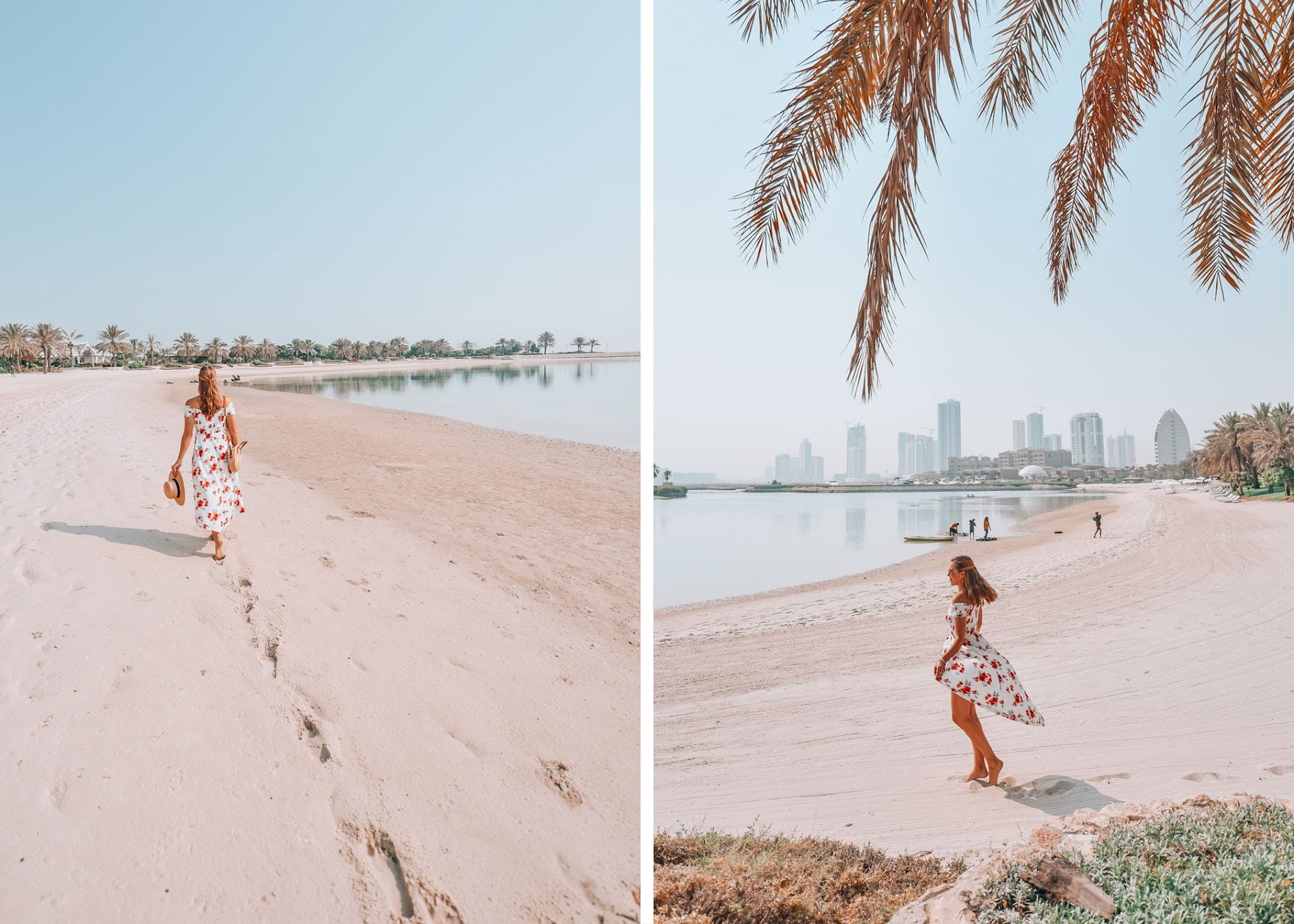 We then headed to the Royal Camel Farm where you’re able to meet and interact with some of the hundreds of camels there that are owned by the Bahrain Royal Family. At first I was a bit scared but they were so cute and friendly that by the time we left I was hugging them all. 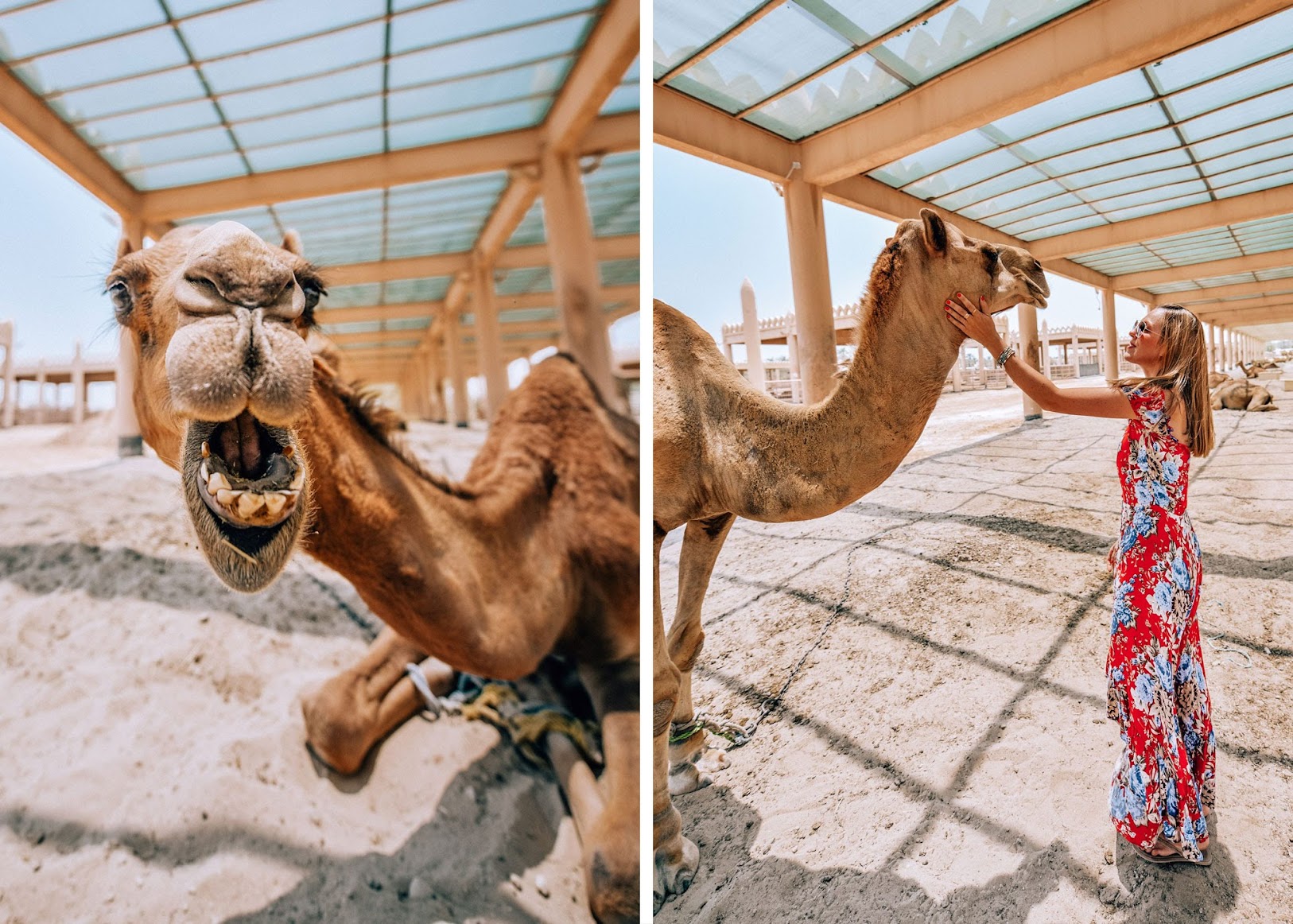 That day we ate lunch at Villa Mamas which is located in the Saar district of Bahrain. They use local, seasonal ingredients for new and traditional Bahraini dishes and the food was amazing. Tip: Try the lamb shank!

After lunch we went to Qal’at Al Bahrain which is also referred to as Fort of Bahrain. An archeological wonder nestled along the Arabian Peninsula. In 2005 it was recognised as a World Heritage Site by UNESCO. 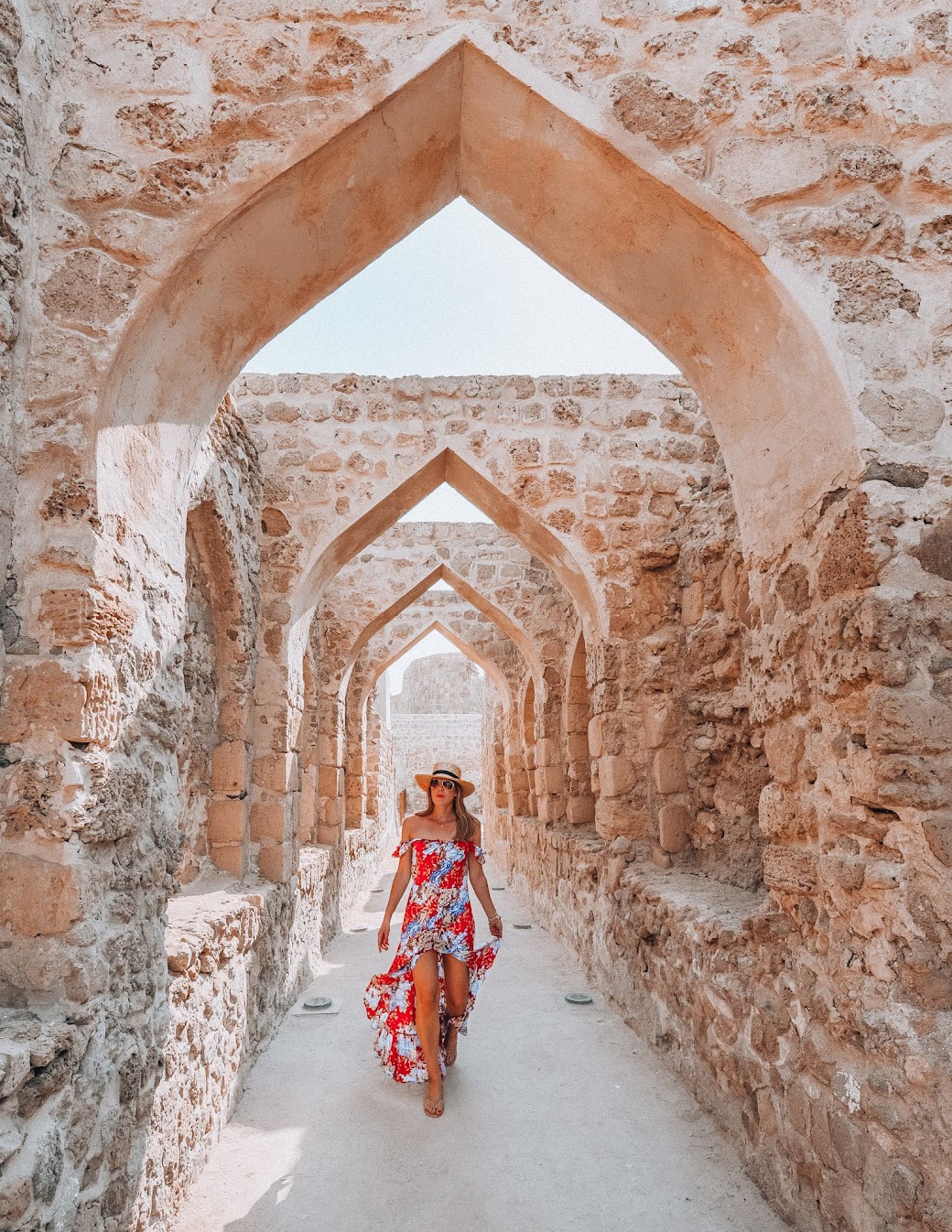 After the fort it was time to go horse riding. As a keen rider and horse lover I was really excited about this activity. We arrived at the stables and after saying hello to the gorgeous Arab horses I fell in love with one called Pedro. The man working there told me i’d regret my choice to ride him because he is young and very, very stubborn.

Pedro and I rode down to the beach and then sure enough I ended up swapping horses because Pedro was so stubborn he decided he didn’t even want to walk anymore haha! We rode back past the fort we had just visited, where we galloped over the dusty fields weaving our way around the local kids playing football – it was one of the highlights of the trip for me. 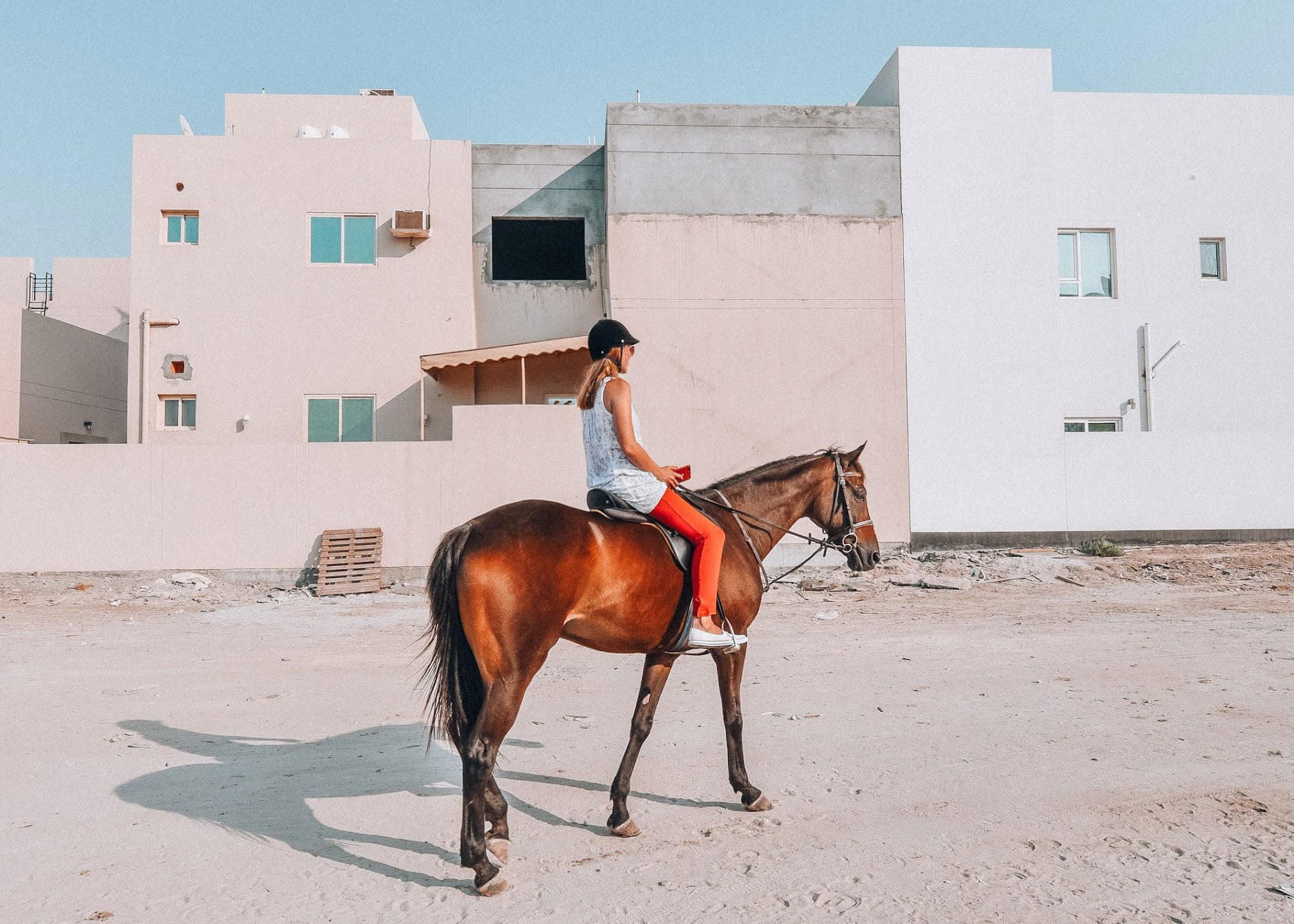 Dinner that night was at Bushido which is part of the Buddha-bar network. It was one of my favourite nights! We sat back and enjoyed the live cooking show which was hilarious with knives being juggled and eggs being caught in chefs hats and peoples mouths! Not to mention the food was amazing. 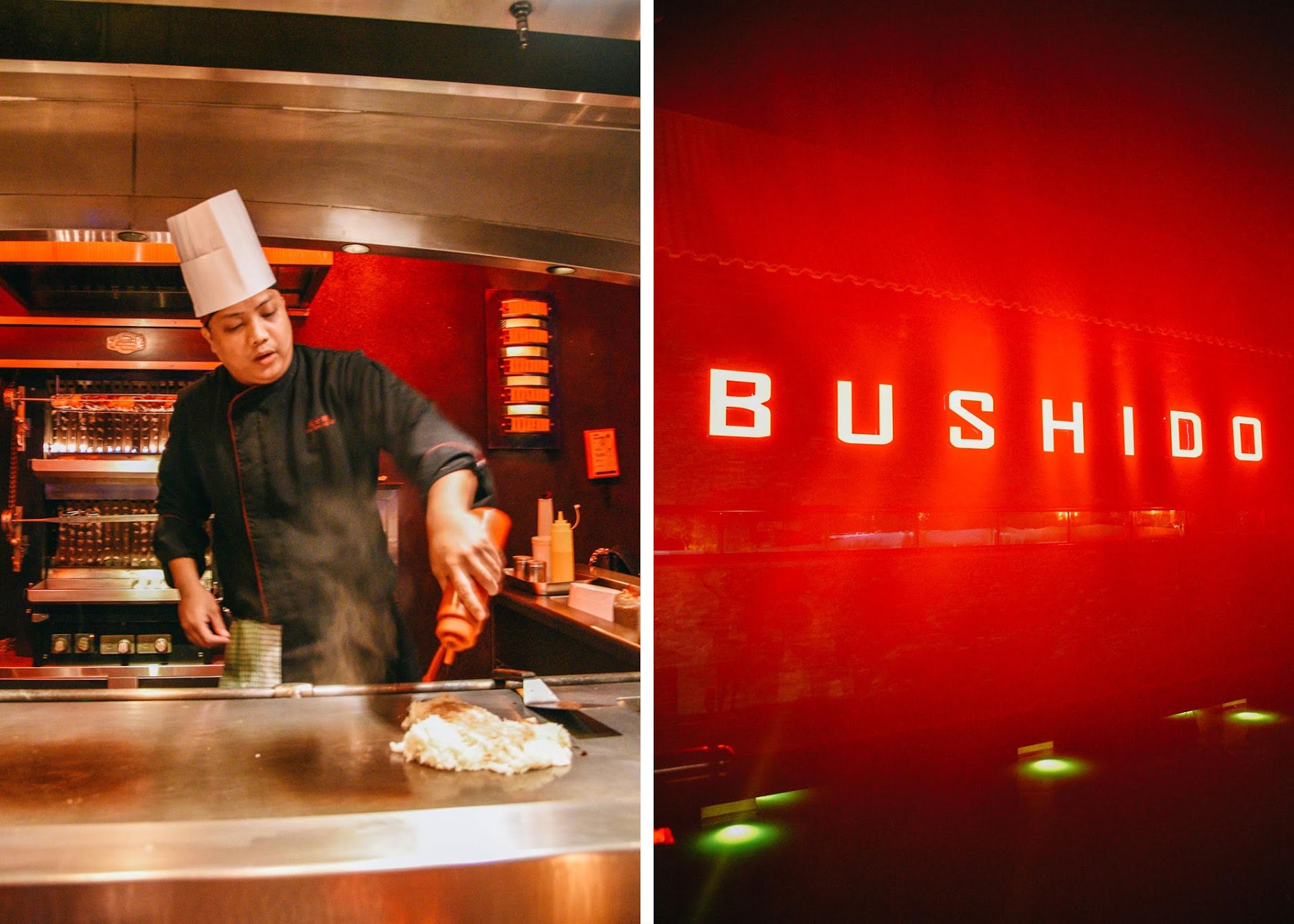 Bahrain has some beautiful luxury hotels, 2 of which we visited on our third day.  Four Seasons Bahrain and Jumeirah Royal Saray. 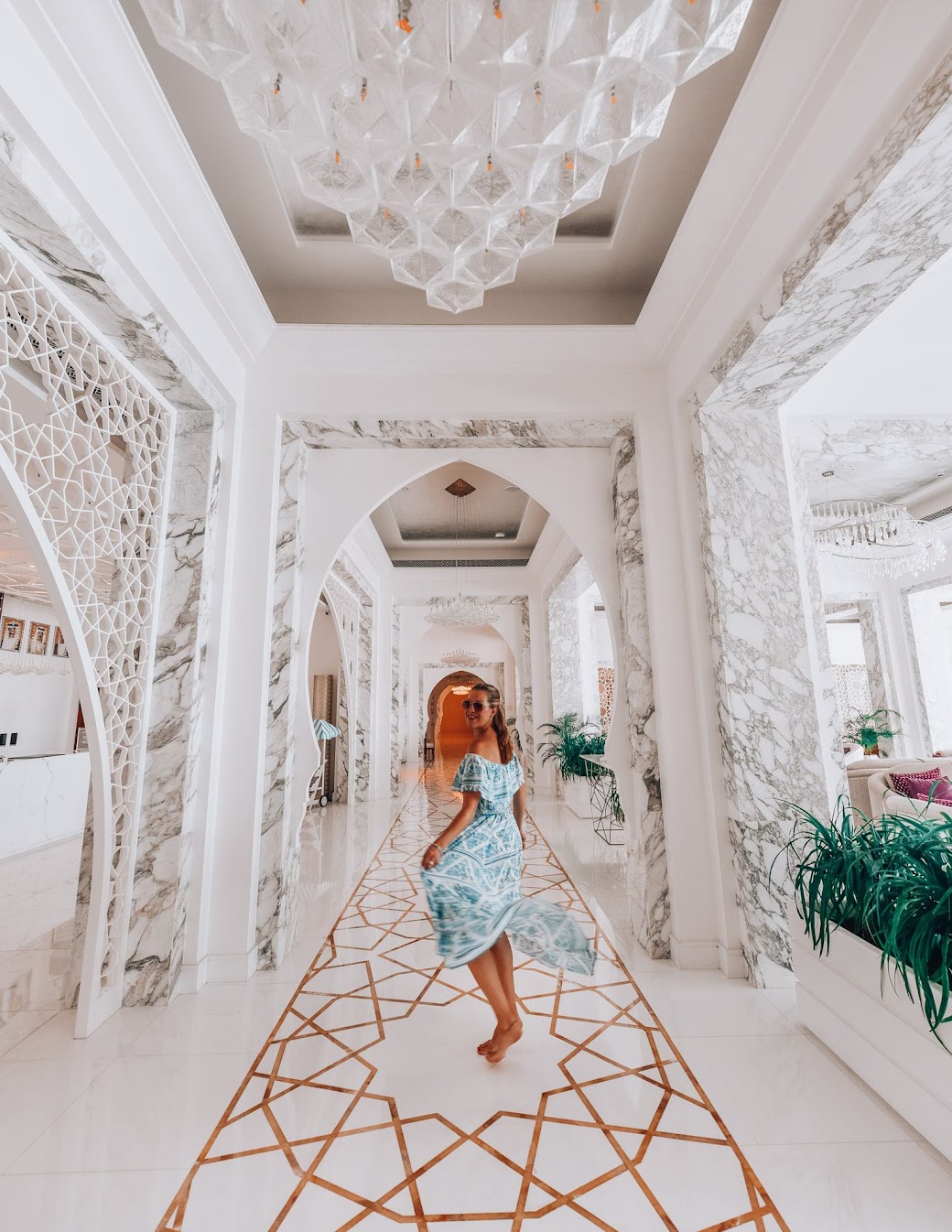 The Four Seasons has a lovely beach with white sand and turquoise water and we enjoyed fresh coconuts with the view of the iconic Bahrain World Trade Center right in front of us. 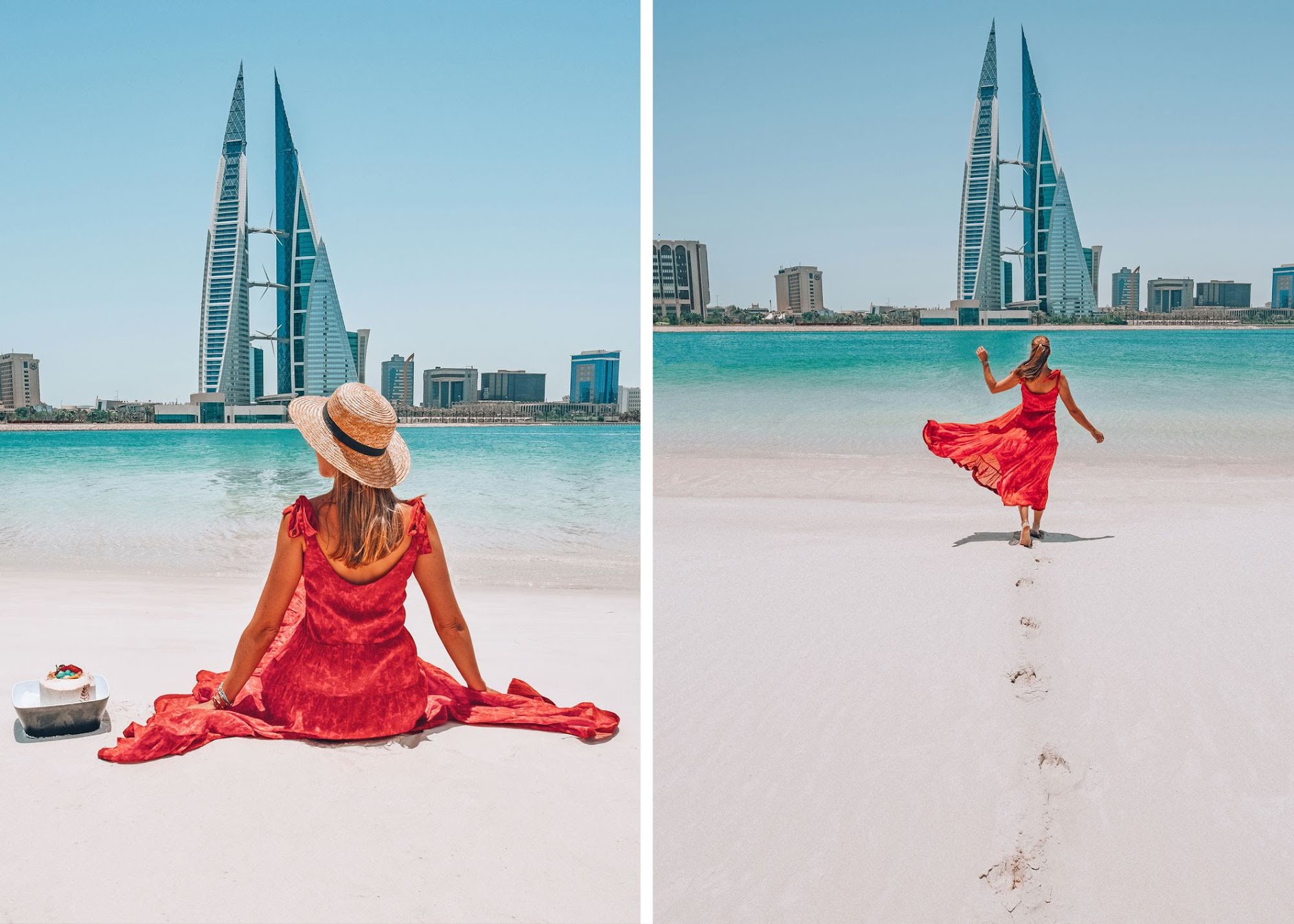 It can hold up to 7,000 worshippers at a time. Built in 1987 by late Sheikh Isa ibn Salman Al Khalifa, the construction was truly an international effort. The carpet in the prayer hall was made in Ireland, the stunning crystal chandelier was made in Austria, Italian marble covers the floors, the huge carved teak doors were from India and the hundreds of glass lamps were hand-blown in France. 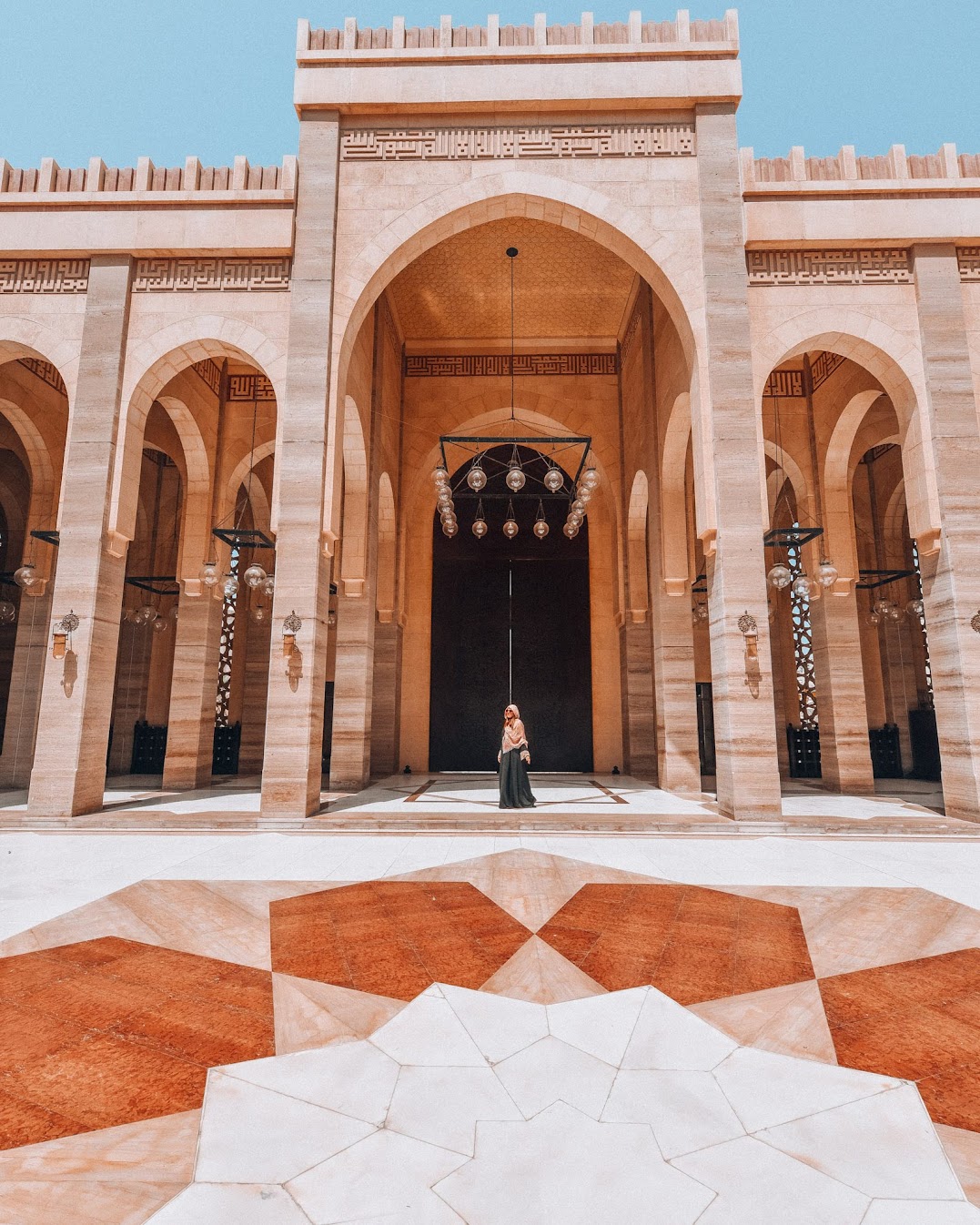 Ladies will have to cover up and they have a room where you can change into an abaya. Tour guides in different languages are available and are free of charge. They will take you inside the mosque, tell you a bit about the building, religion and answer any questions you may have.

After we had our tour of the mosque we visited Bab el-Bahrain Souk (or Manama Souq) where we dipped in and out of cute little shops that looked like something right out of Aladdin.

This souq had a very different atmosphere to the Muharraq Souq we visited on our first day. That one was more for the locals and Bab el-Bahrain Souk was definitely more touristy. Here you buy anything from electrical goods and t-shirts to spices, shisha pipes, carpets and postcards. 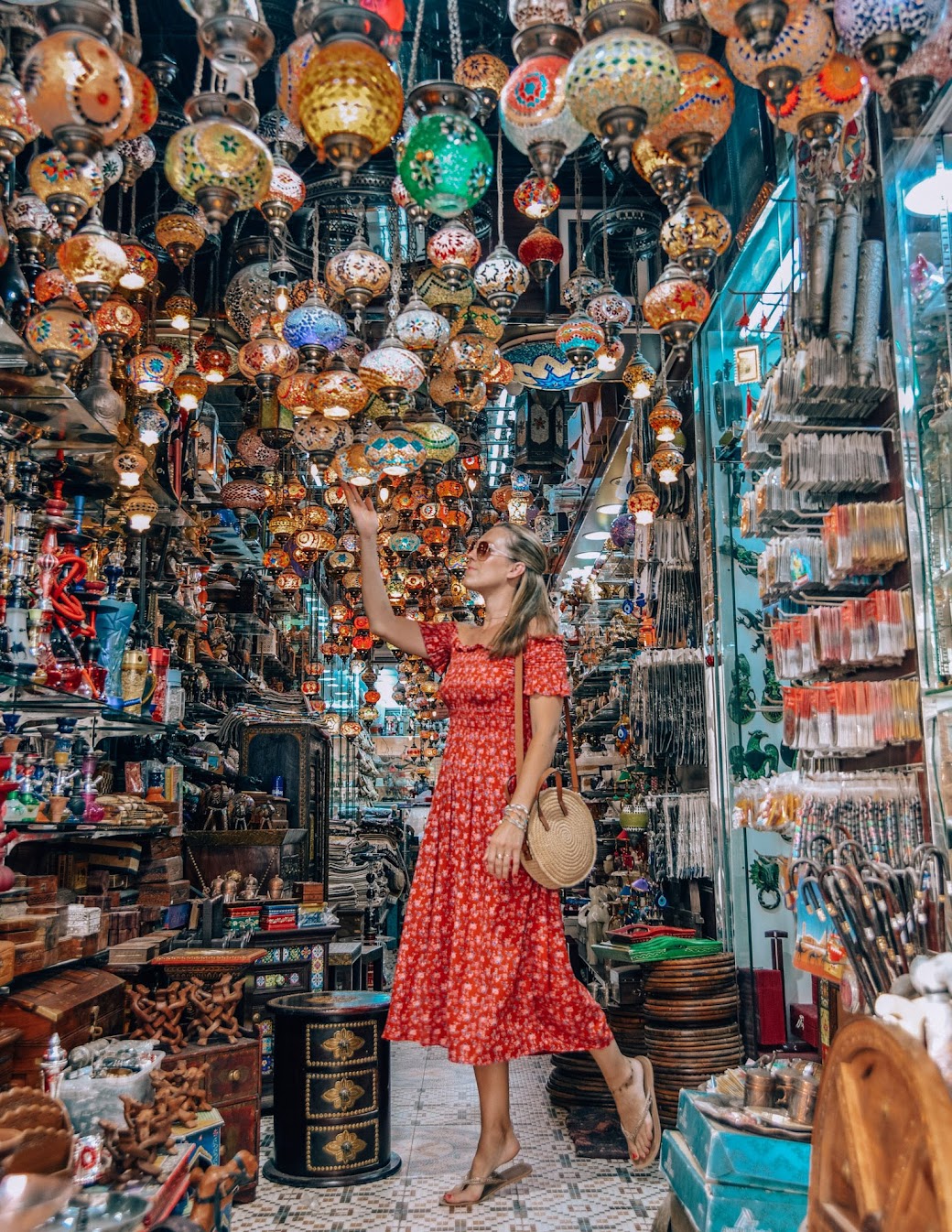 Dinner was at Cantina Kahlo, Ritz Carlton’s Mexican restaurant. The vibe here was really cool and the interior is soooo beautiful!

We had actually come to the restaurant during the day time to shoot some photos because we loved the colourful décor which is inspired by Mexico’s vibrant art scene. 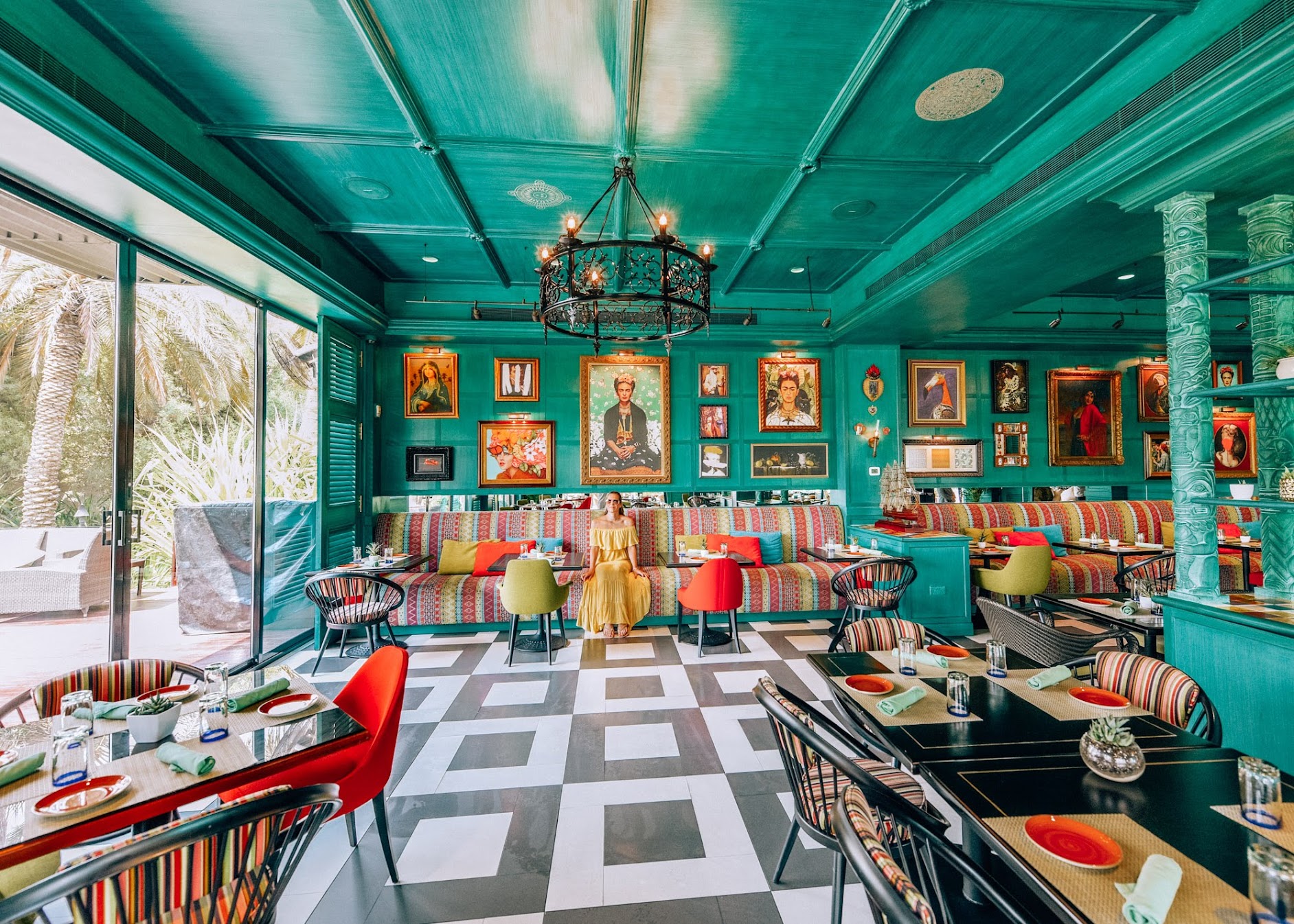 That night when we arrived, the chef had made us a special menu and the menu card was personalised with our names which was a nice touch. We got to eat tacos, drink micheladas and try the most delicious guacamole i’ve ever had which was freshly prepared by the waiter at our table.

Our last full day was a very adventurous one! We went sky diving!

Here I am suited and booted and ready to jump…. 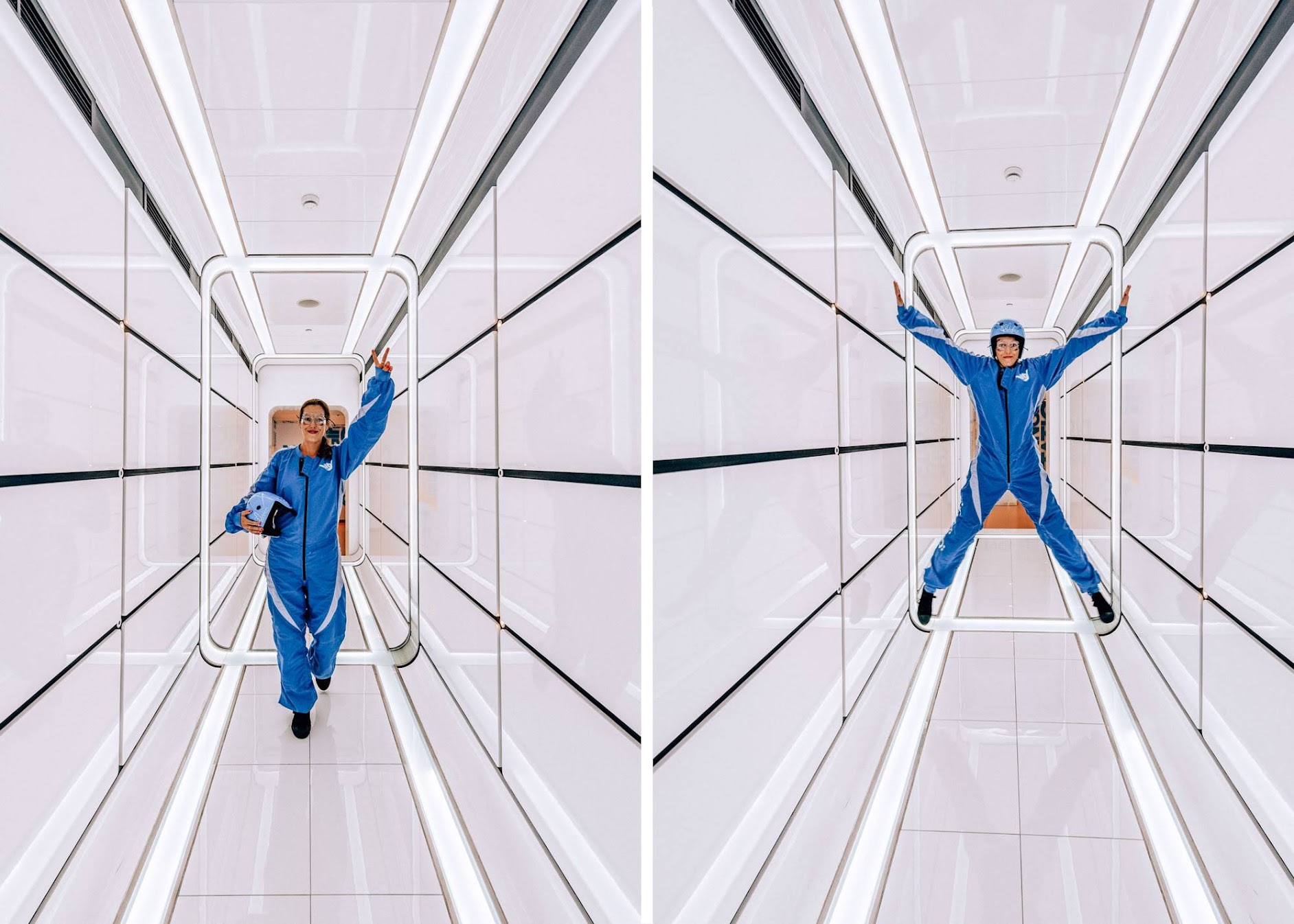 Ok… so not the jumping-out-of-a-plane kinda sky diving but indoor sky diving at Gravity. We got to freefall in one of the tallest wind tunnels in the world and it  was such a cool experience and one of the most memorable moments from our Bahrain trip. I’m terrified of heights so I would never jump out of a real plane, but this didn’t scare me at all even though we shot up and down that wind tunnel reallyyyy fast… 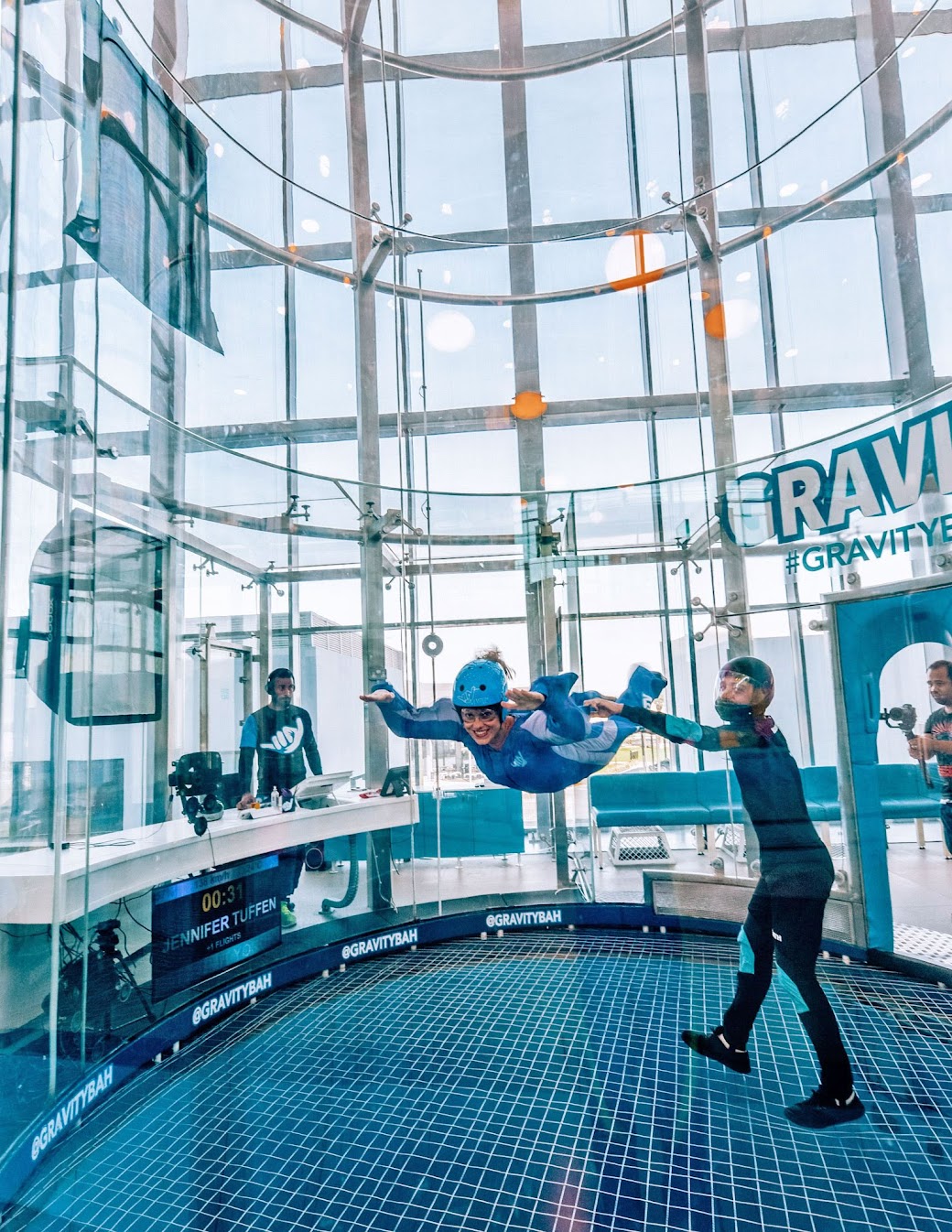 Once we had composed ourselves it was time to go Go-karting at Bahrain International Karting Circuit, located next door to the Grand Prix circuit.

I would highly recommend this activity, the track is really big and has multiple loops. It’s great if you’re in a big group with some friendly competition. (I also didn’t come last which I was very impressed by!)

The Tree of Life is one of Bahrain’s major tourist attractions. Located in the middle of the desert it has somehow survived for hundreds of years with no obvious source of water. 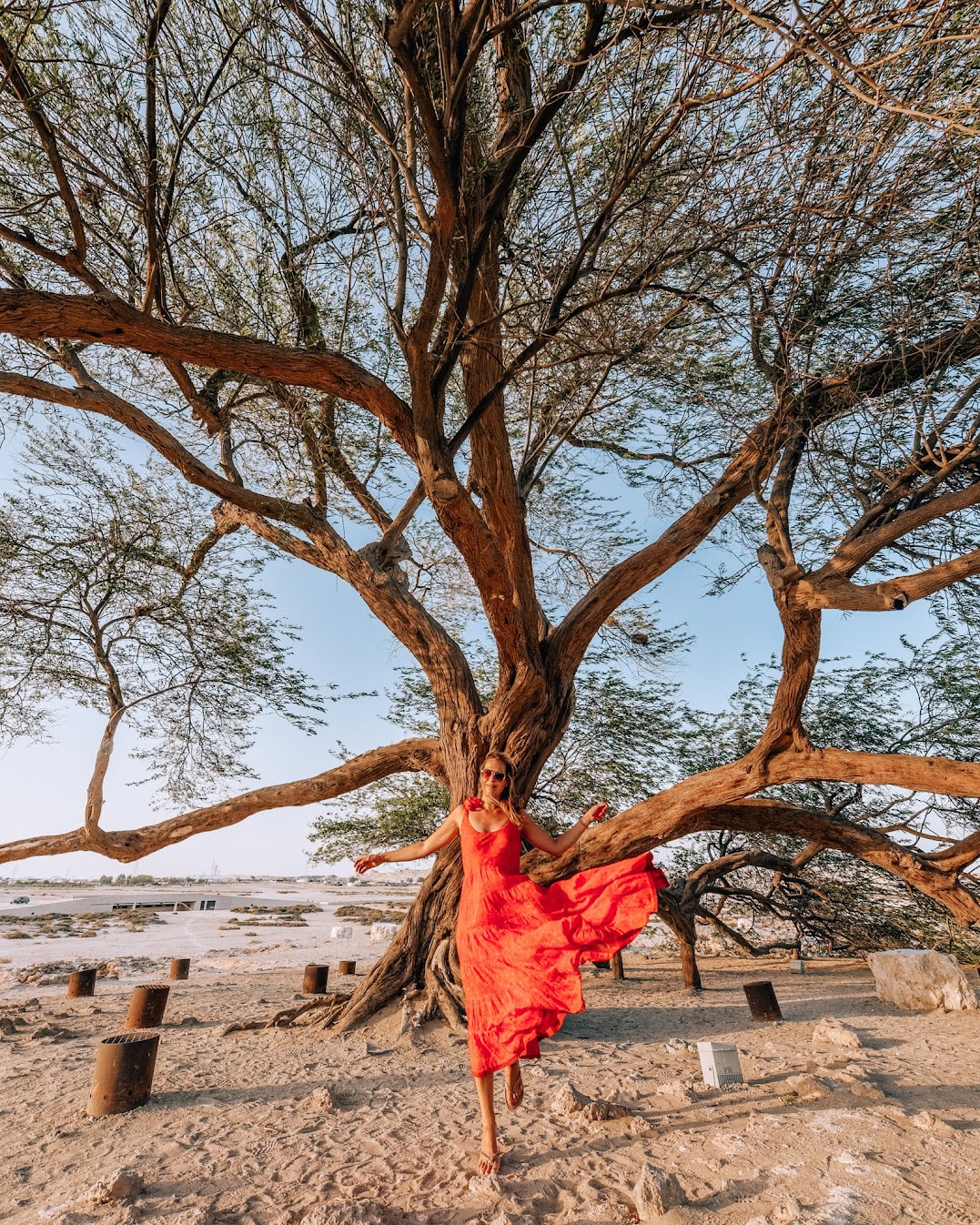 Our last dinner was really different and a nice way to end our trip. V-Lounge offer floating platform type boats that sail around Bahrain Bay. We hooked up our phone to the speaker, listened to music, drank wine, ate sliders and chips and chatted all the while sailing around the beautiful, glistening bay. Such a good idea for a romantic dinner or one with all your friends and a perfect ending to a great week in Bahrain. 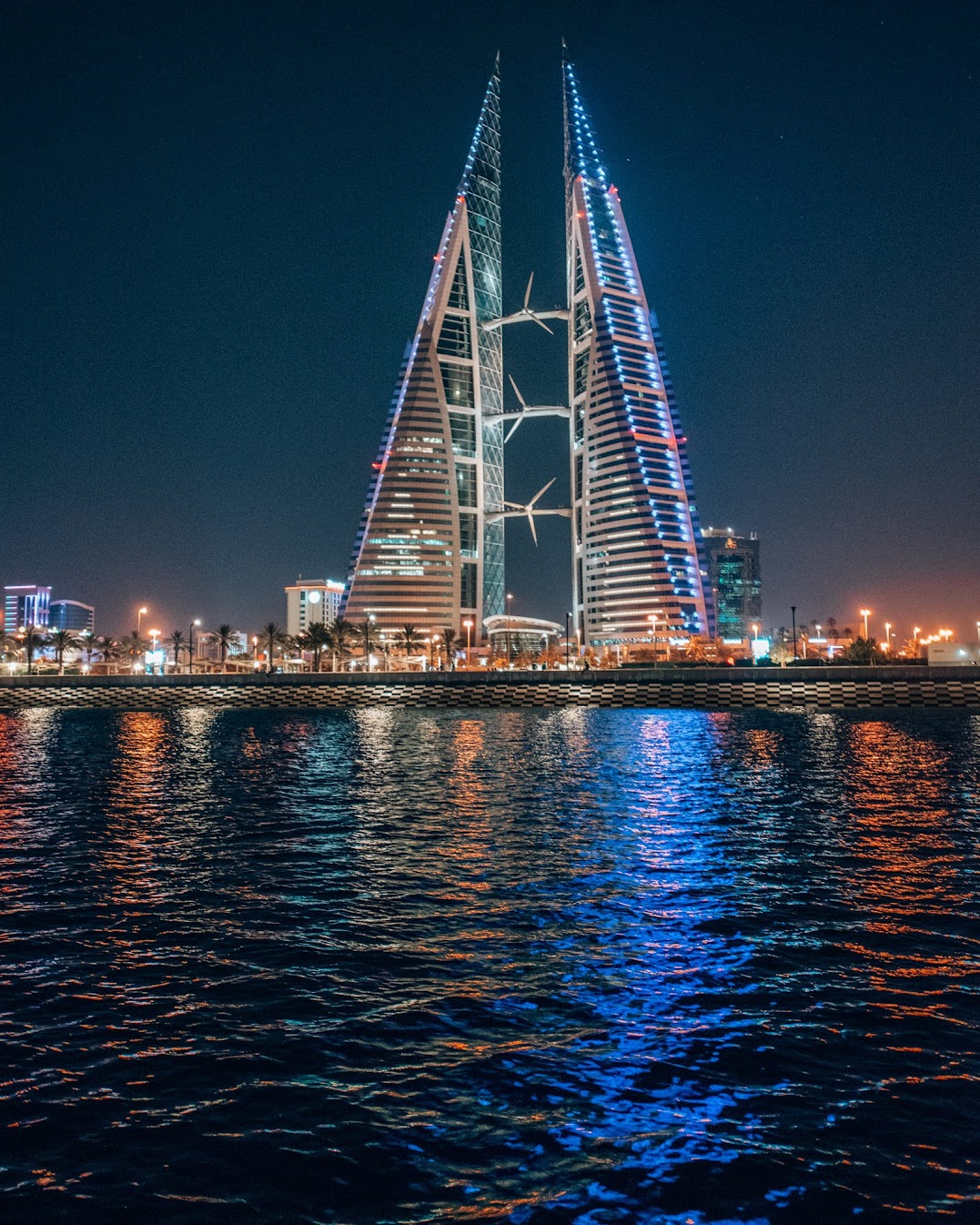 All in all it was a wonderful week, there’s so much to see and do, amazing restaurants, the friendliest of people and great weather. What more could you want for a holiday? 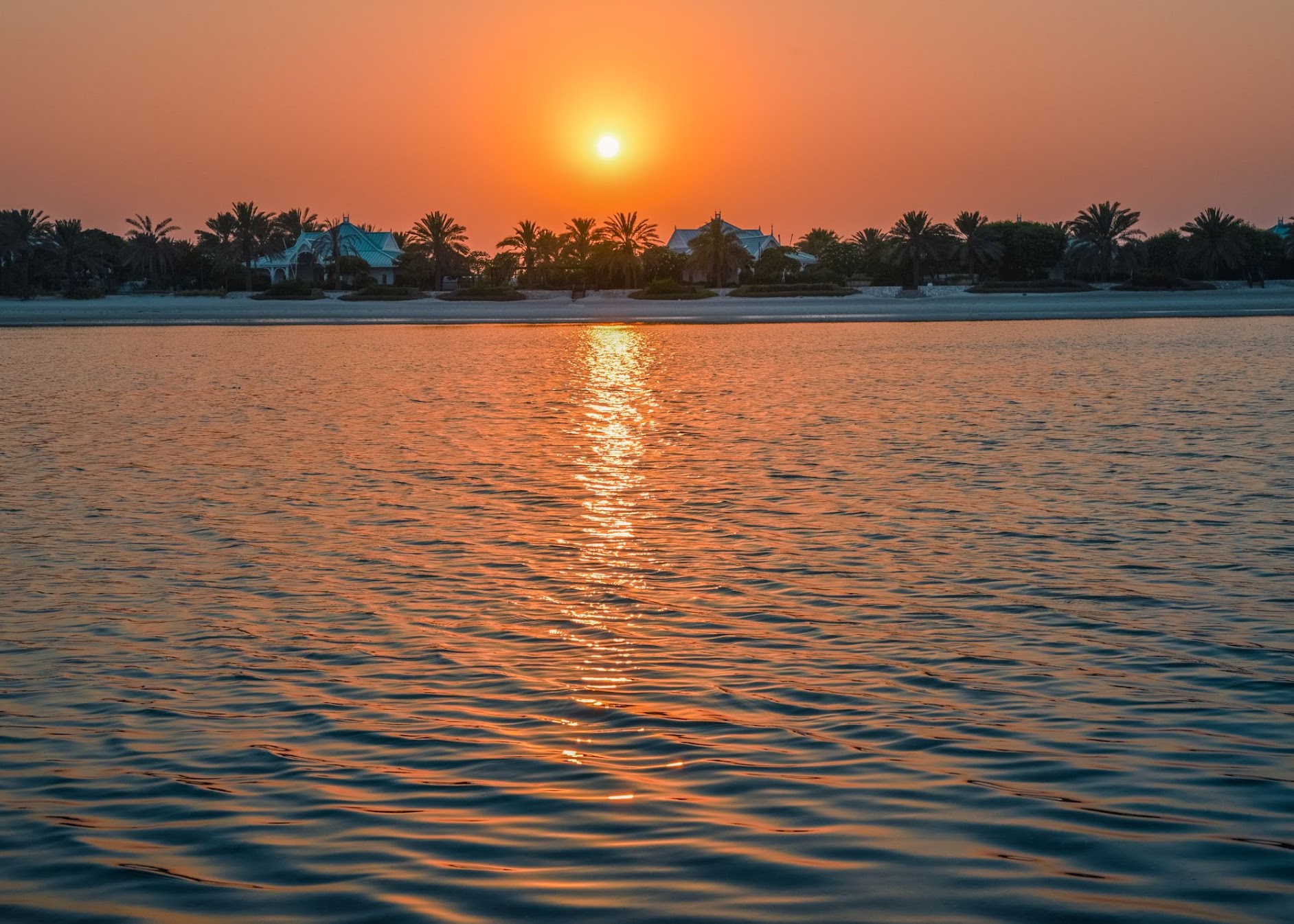