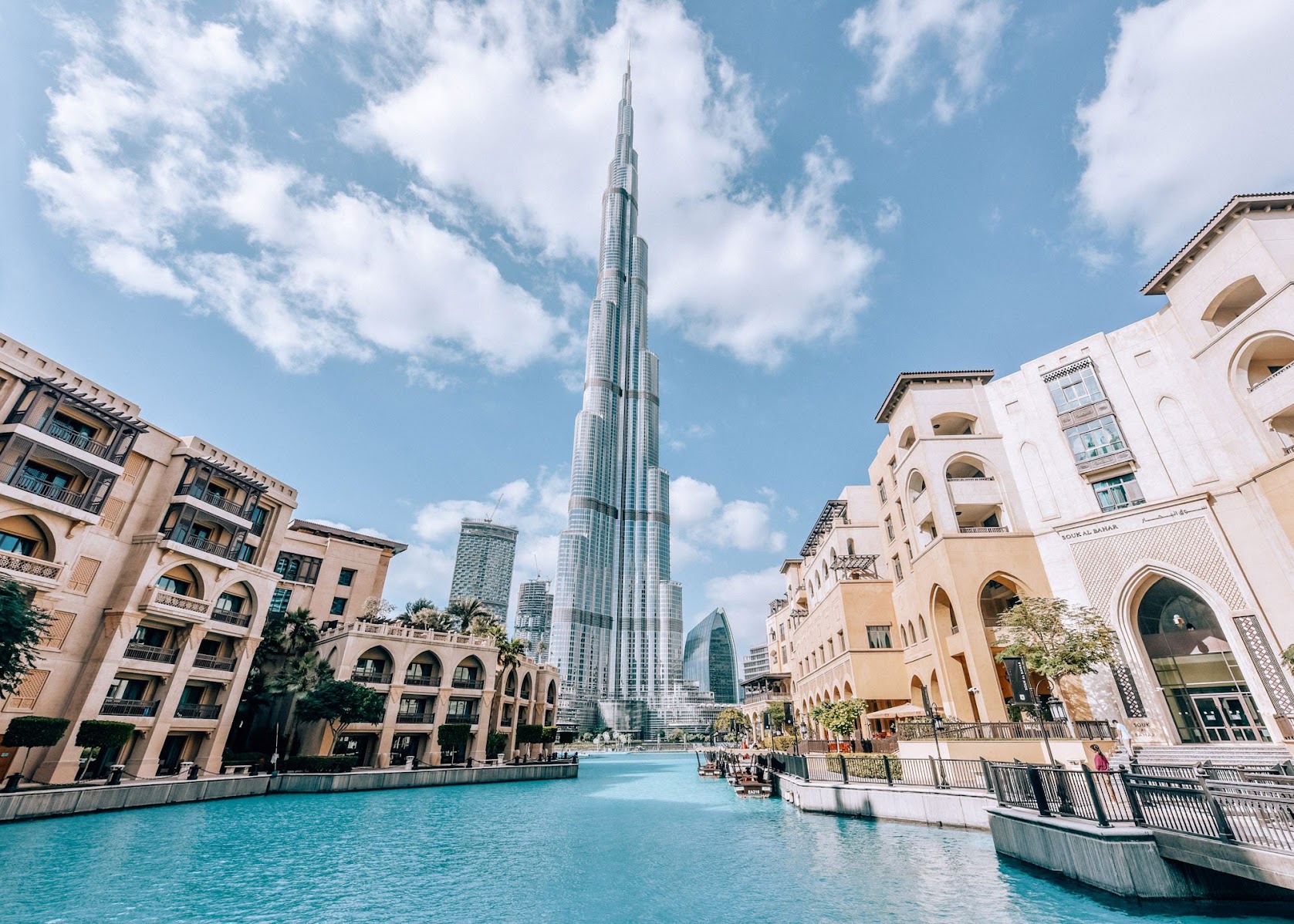 It towers over the skyline of downtown Dubai and I found myself constantly looking for it whenever I stepped out of my hotel, as the tip of the sphere of the Burj Khalifa can be seen up to 95 kilometers away! The construction of the Burj Khalifa began in 2004 with the exterior completed 5 years later in 2009. It took more than 110,000 tons of concrete, 55,000 tons of steel rebar, and 22 million man-hours to complete the Burj Khalifa and the tower is designed to resemble the Hymenocallis flower. 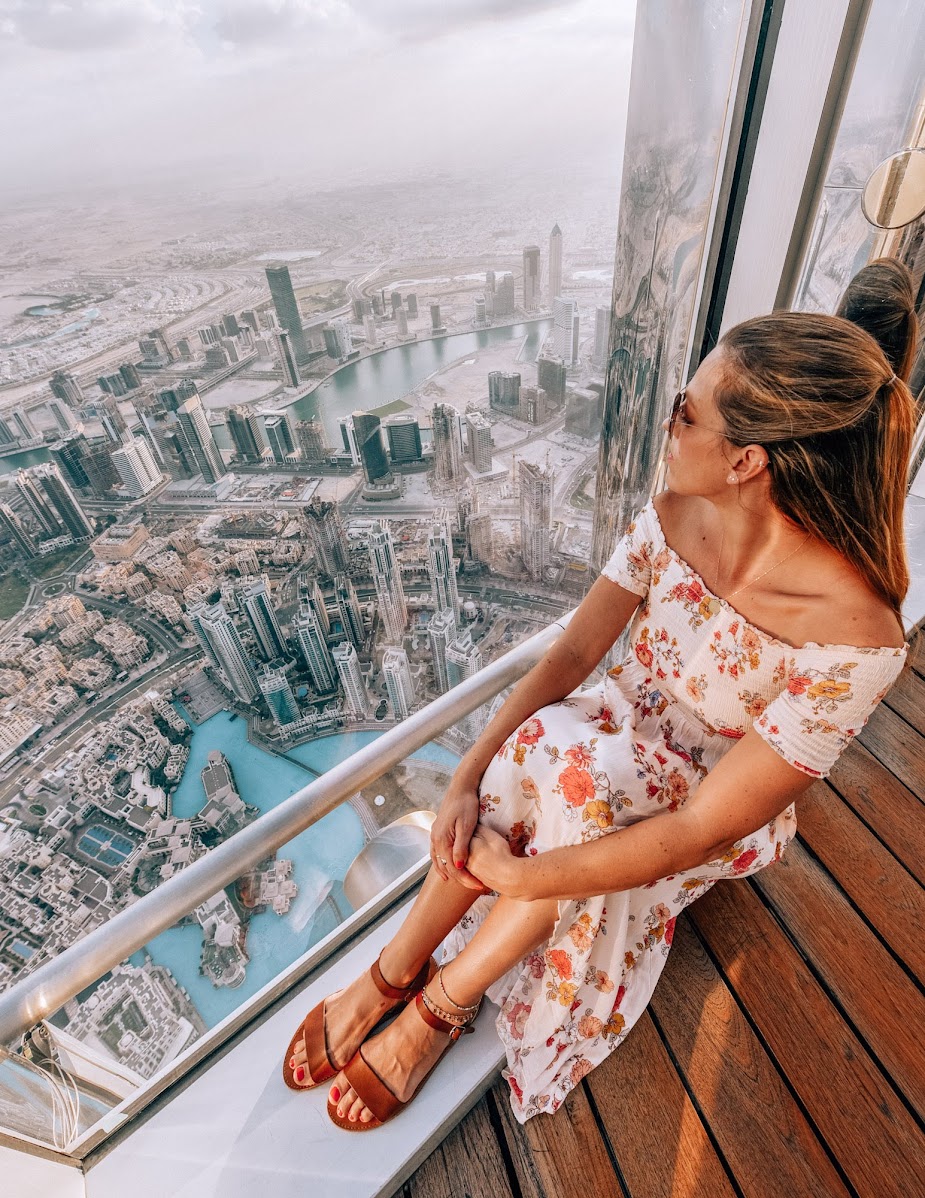 The observation deck is accessed from the lower level of the Dubai Mall so after we’d had a little browse of the best shopping center I have ever been to we headed for the Khalifa tower. We were taken to a little room where we were offered dates and Arabic coffee before getting a little explanation about the burj Khalifa and the floor we were going to. We then got lead towards the elevator.

There are 3 different observation areas: Floor 124, 125 and at the top 148 which is where we headed to first. A special elevator whizzes you up in ear popping seconds and at 555 meters, you can now access the world’s highest outdoor observation deck with the most amazing views over the city, ocean and desert! 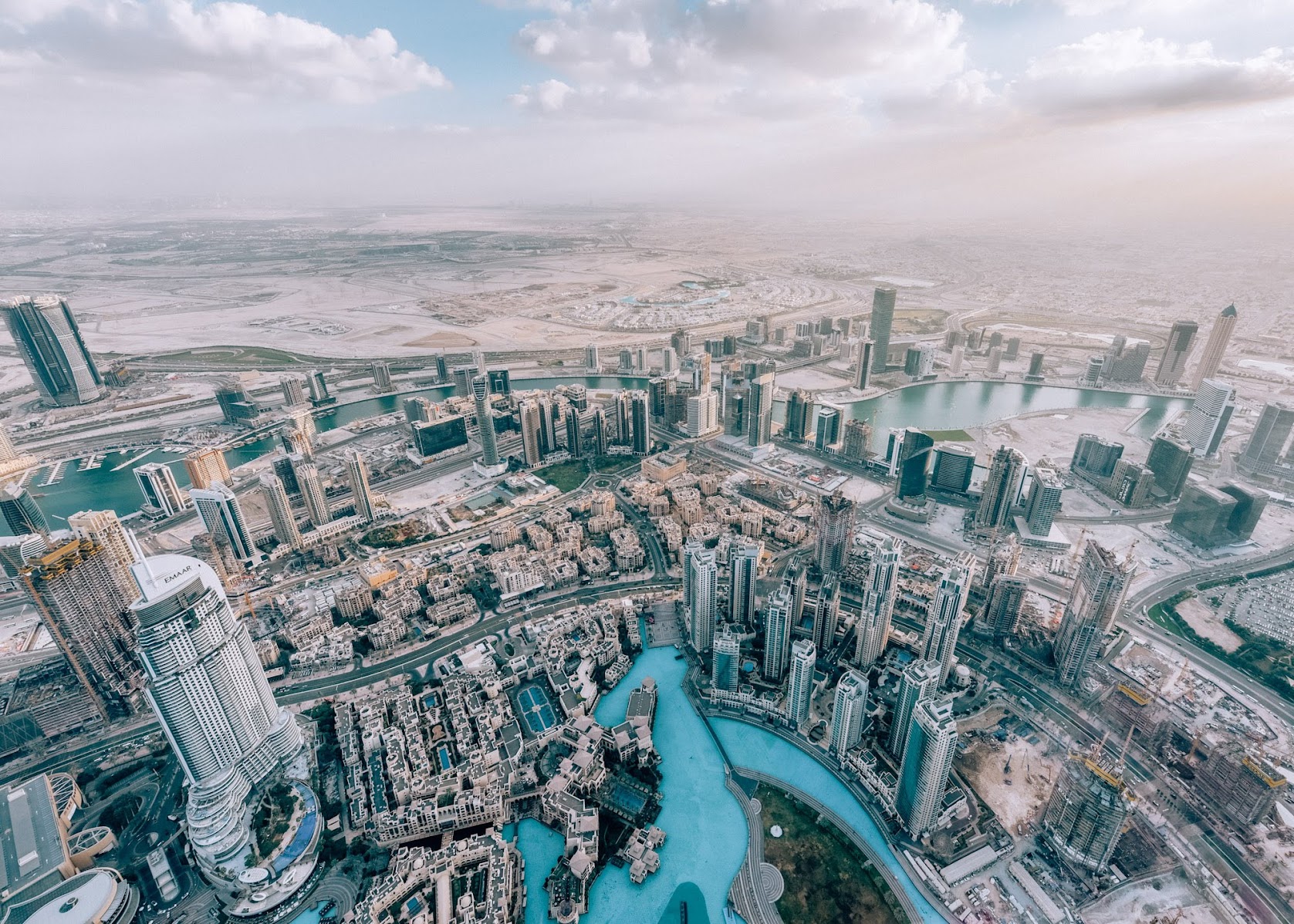 I did a lot of research before I went to Dubai and there were some conflicting opinions on whether or not it is worth the extra money to go up to the 148th floor rather than just 125/124….

In my opinion it was definitely worth it. The 148th floor was a lot less crowded, you get offered drinks and canapés and the outside balcony area is soooo much quieter so you get to enjoy the spectacular views in peace.

As we were going back down we took the elevator to floor 125 and then walked down to 124 at the end and although realistically the view is the same, it was much busier down there. Plus you can’t say you’ve been to the “World’s Highest outdoor observation deck in the world” if you don’t goto 148. 🙂 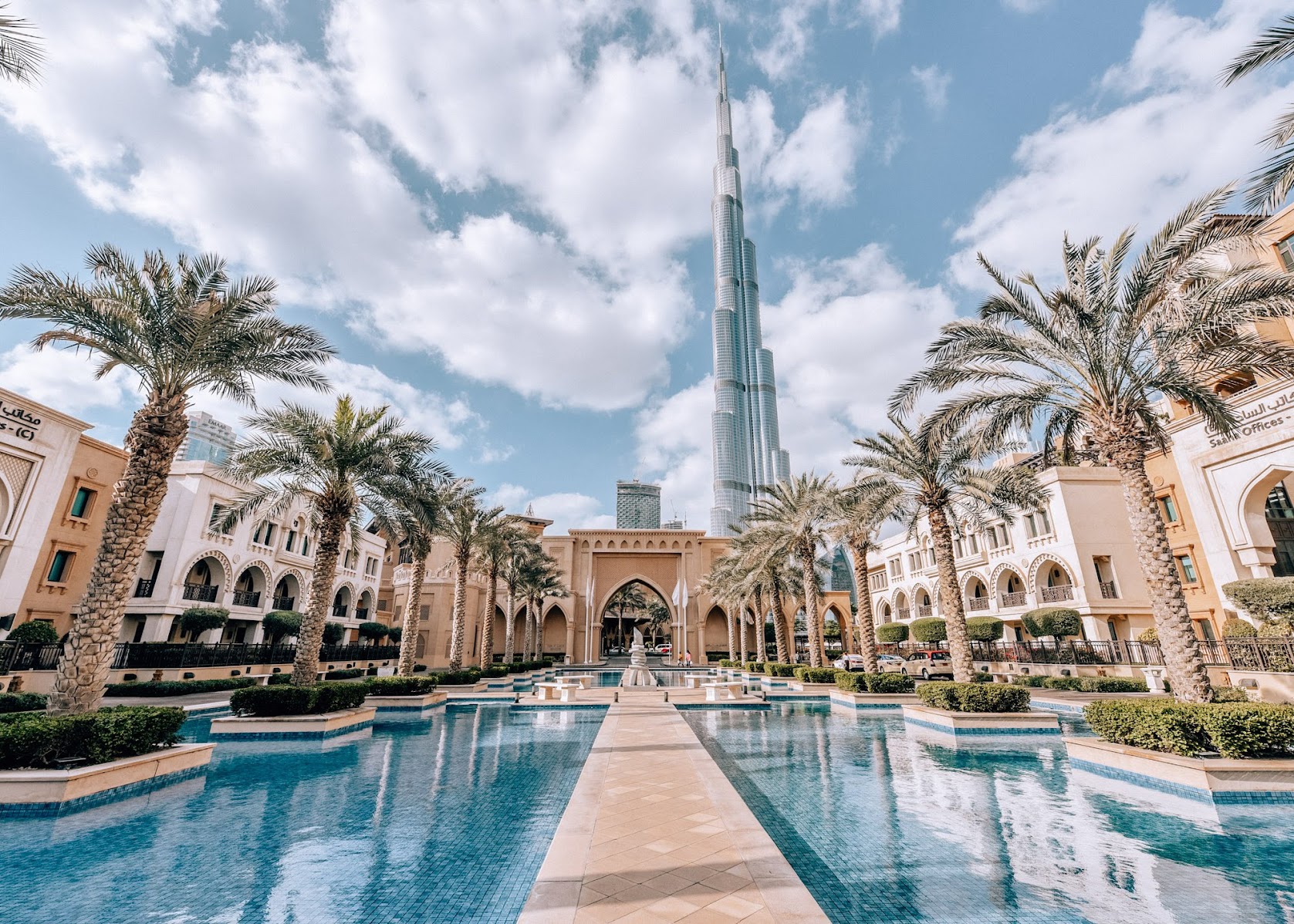 At The Top is must-do when you’re in Dubai and one of my favourite activities that Dubai Tourism kindly planned for us. I’m scared of heights but somehow this didn’t faze me at all and I could have stayed up there for hours just watching the pocket sized world down below. As our schedule was so jam-packed we had limited time but on my next trip I definitely want to go and watch the sunset and stay until it gets dark, to get a different perspective of this amazing city. 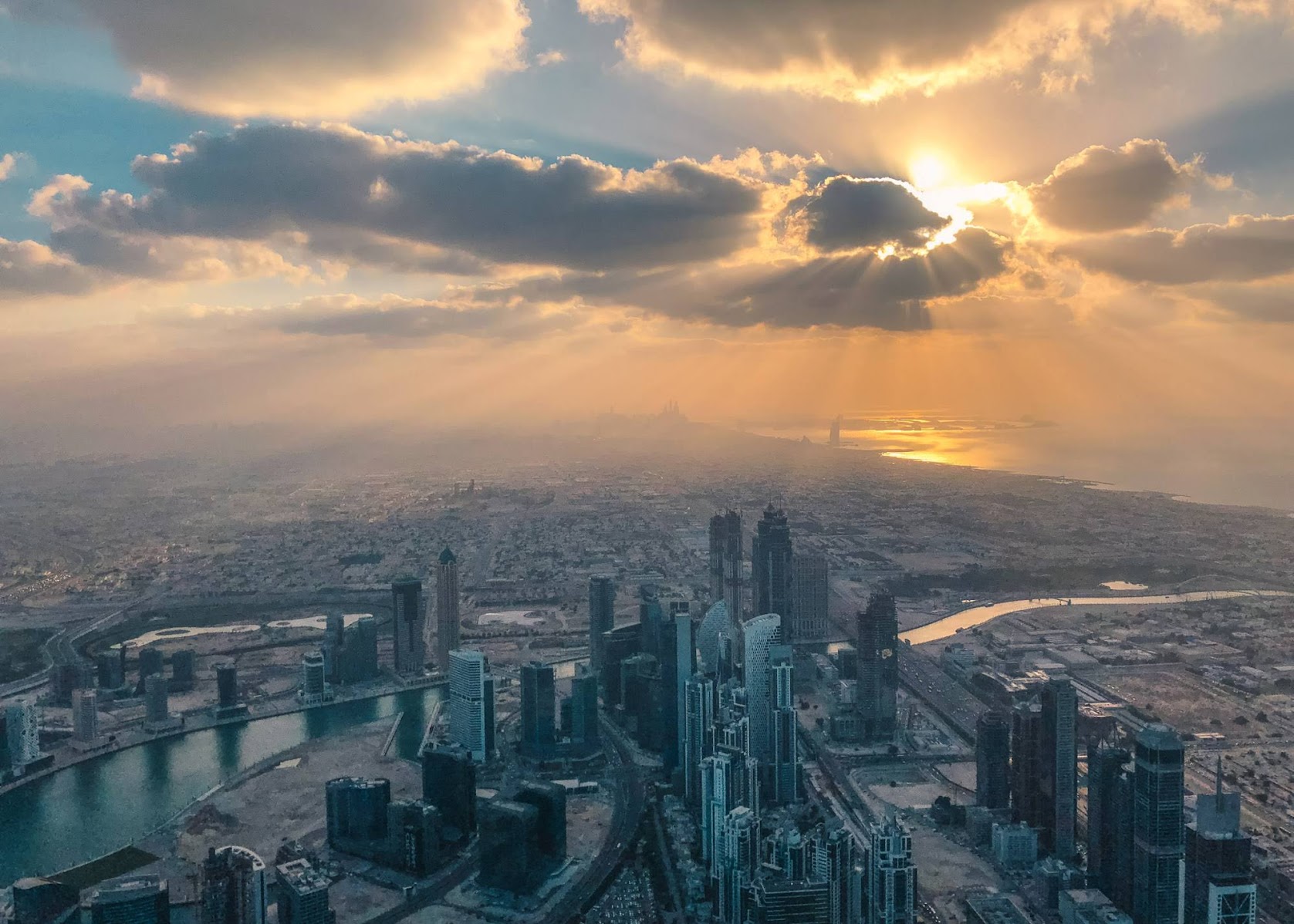 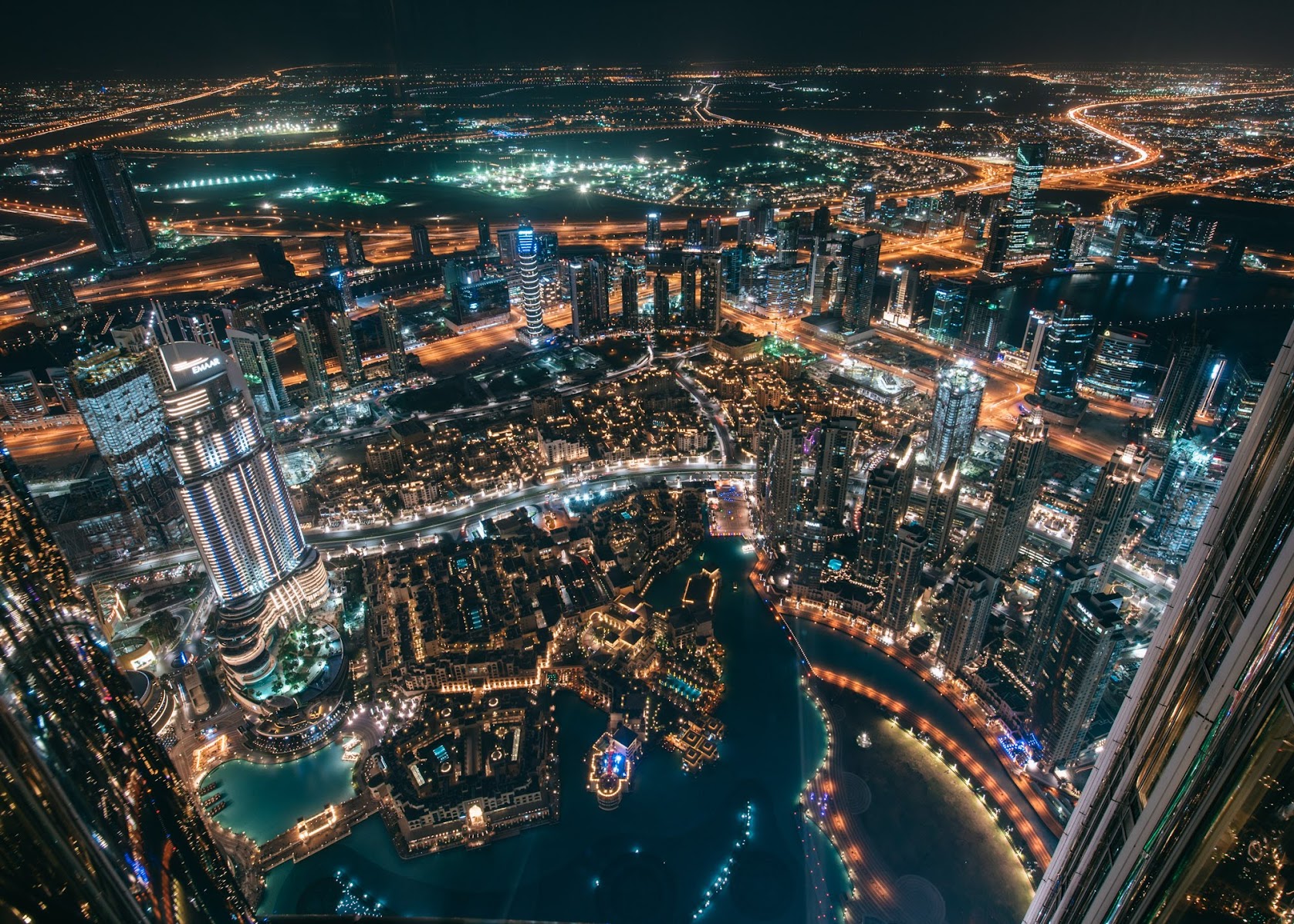