Cleopatra Island, known in Turkish as Sedir Adası, is an island off the coast of Marmaris and named after the pharaoh who allegedly met her lover Marc on it’s secluded shores…

It is said that Cleopatra’s island was once the meeting place of Queen Cleopatra and her lover Mark Anthony. Cleopatra is said to have ordered pure white sand to be brought to the island from Egypt to create her own secret paradise. Because of this, the sandy area of the beach is sectioned off with rope because the sand there is protected by law and you’re not allowed to take it with you or even lay your towel on it incase some of the sand sticks to your towel… 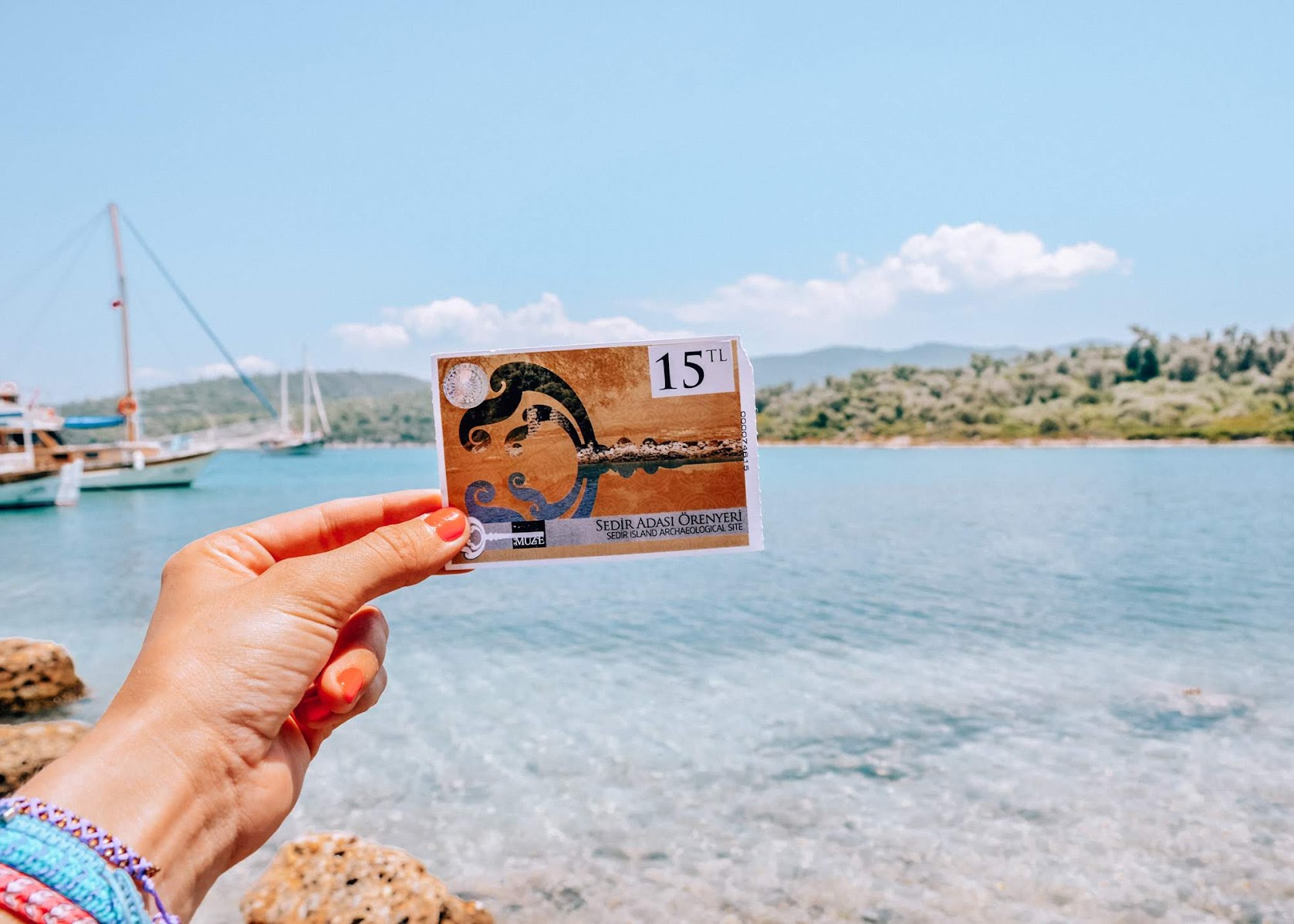 It was a very random last minute adventure. As we were on our way to Marmaris we saw a sign saying Cleopatra’s Island and curiosity got the better of us. We followed the sign, drove down winding pine tree lined country roads and through little villages until we ended up at the coast. From there we hopped on a boat and after a short journey we were on the island. I hadn’t even heard of Cleopatra’s Island before so I didn’t have any expectations…. 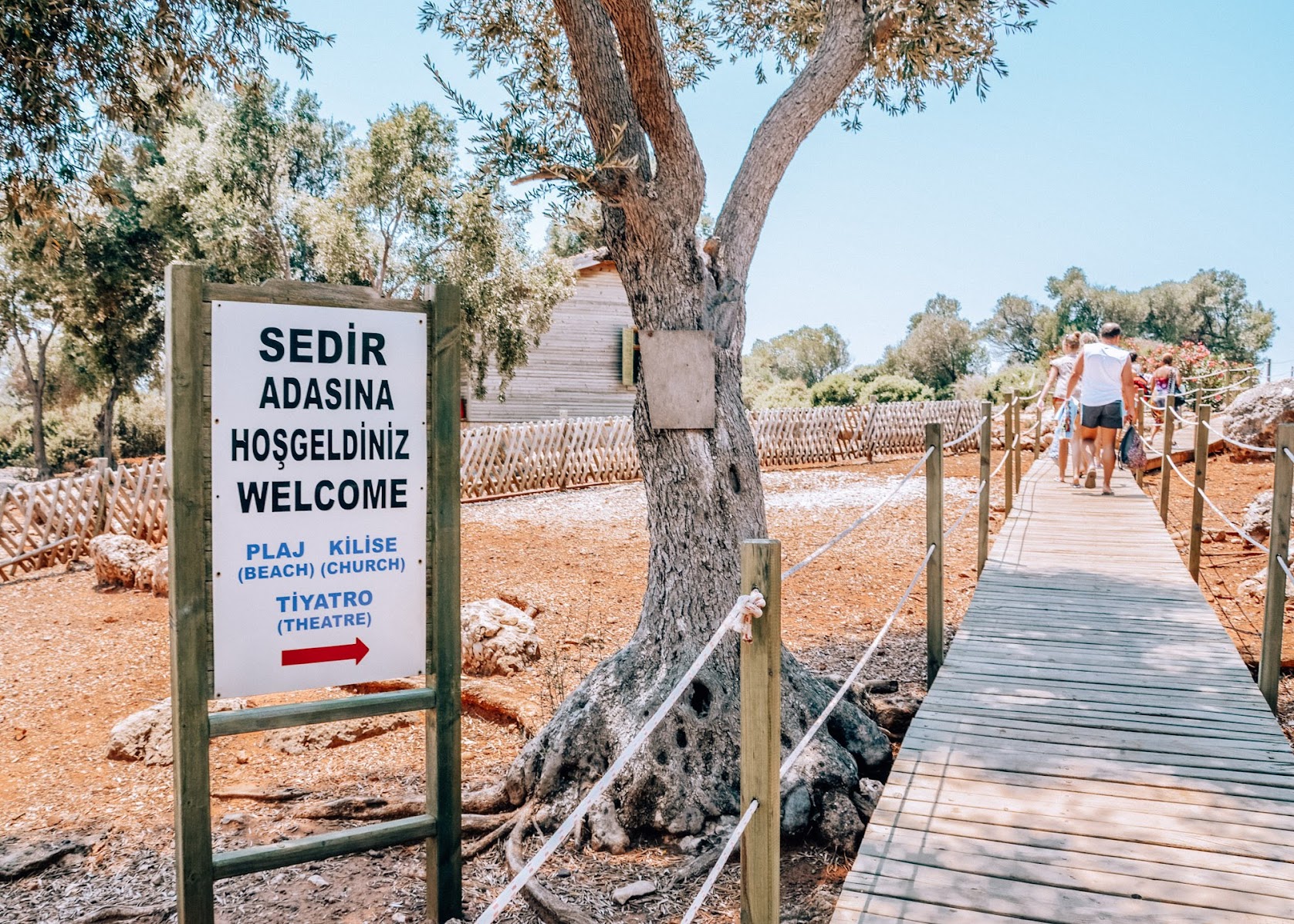 The island itself is beautiful, as most islands off the coast of Turkey are, but it is busy. Ohhh sooo busy. It’s a very popular excursions for tourists on holiday in the Marmaris area so be prepared for hordes of tourists constantly arriving.

I’m not someone that can lay in the sun and bake so after taking a million pictures from all angles and going for a swim in the beautiful, crystal clear water we got restless. 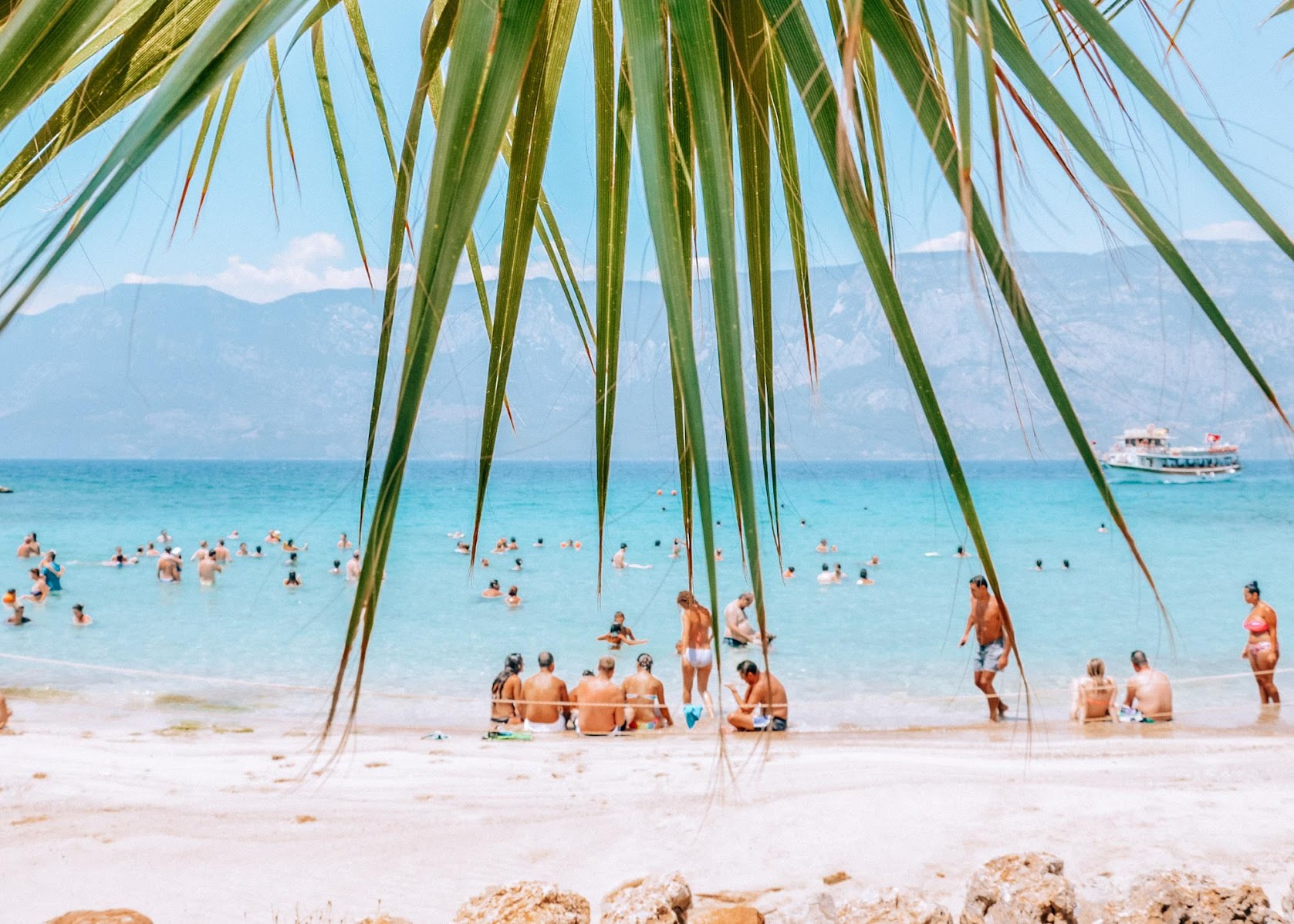 We followed the path up into the green hills of the island and came across the Roman ruins – the Sanctuary of Apollo and an amphitheater hidden away amongst the green olive trees. 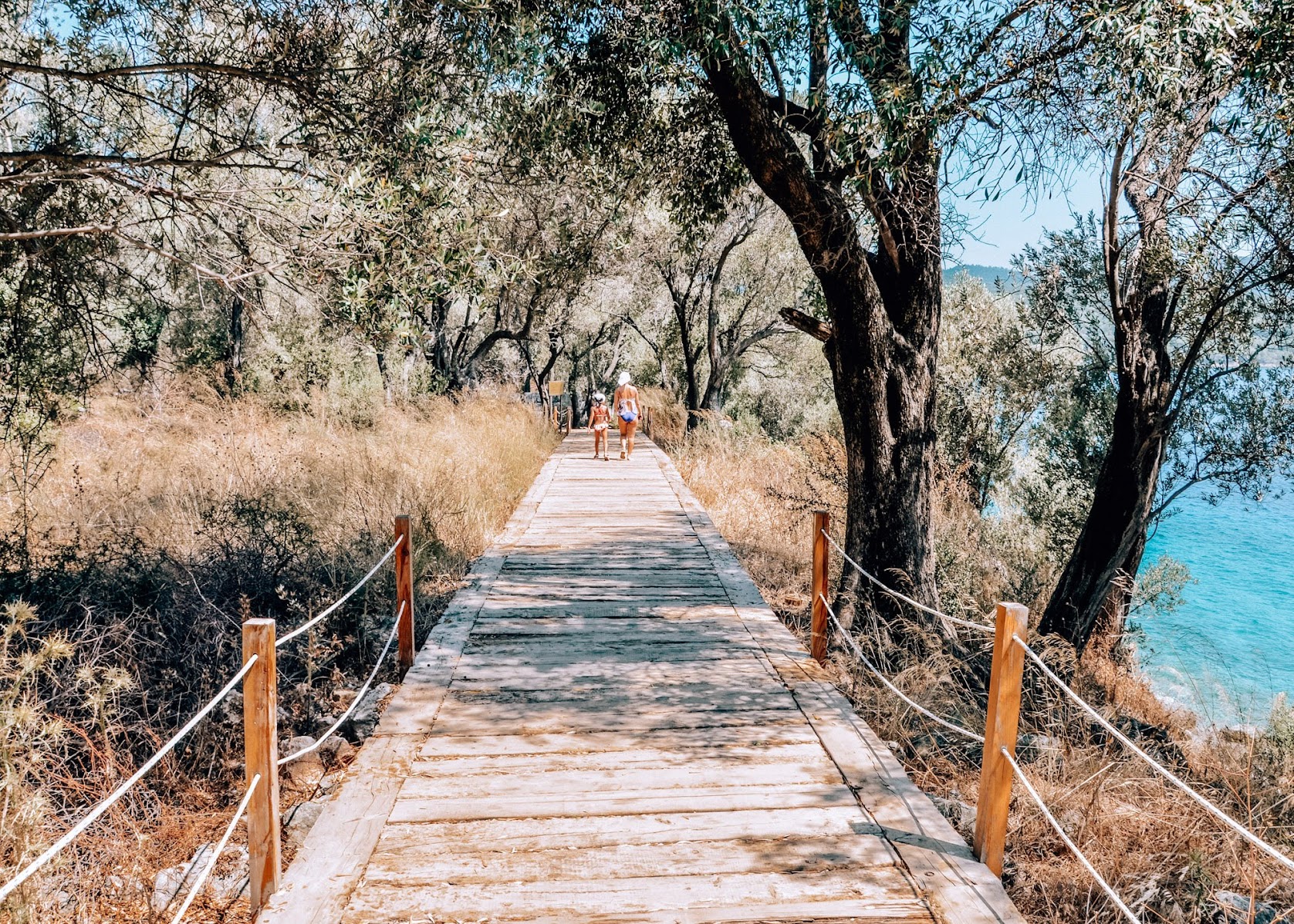 It’s best to visit the island as early as possible, because the beach gets overcrowded especially after midday during the high season (June-August) 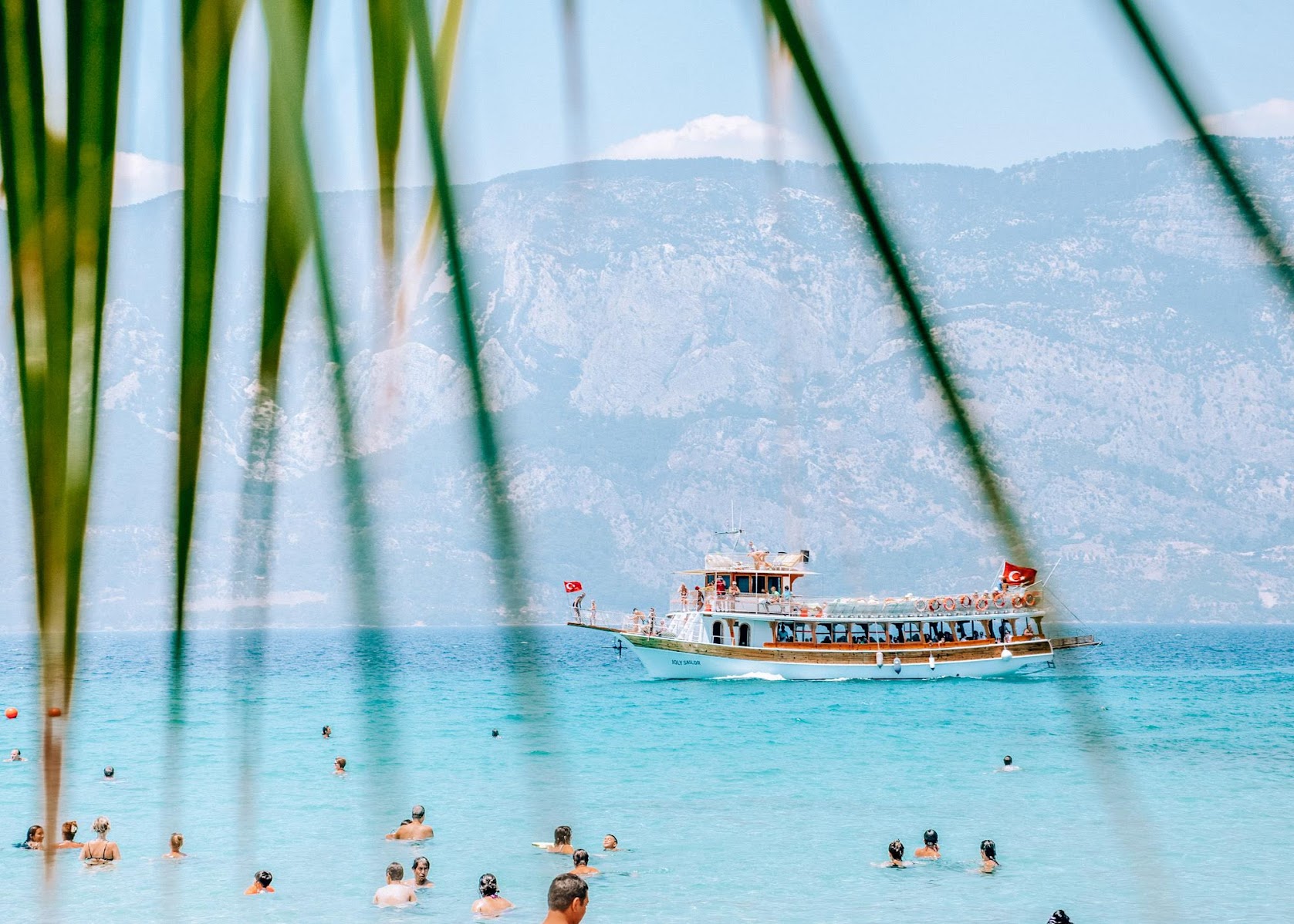 Info:
• 15 lira entrance fee (Free for those that have a Müzekart)
• Bring  your swimming costume, towel, goggles and suncream with you 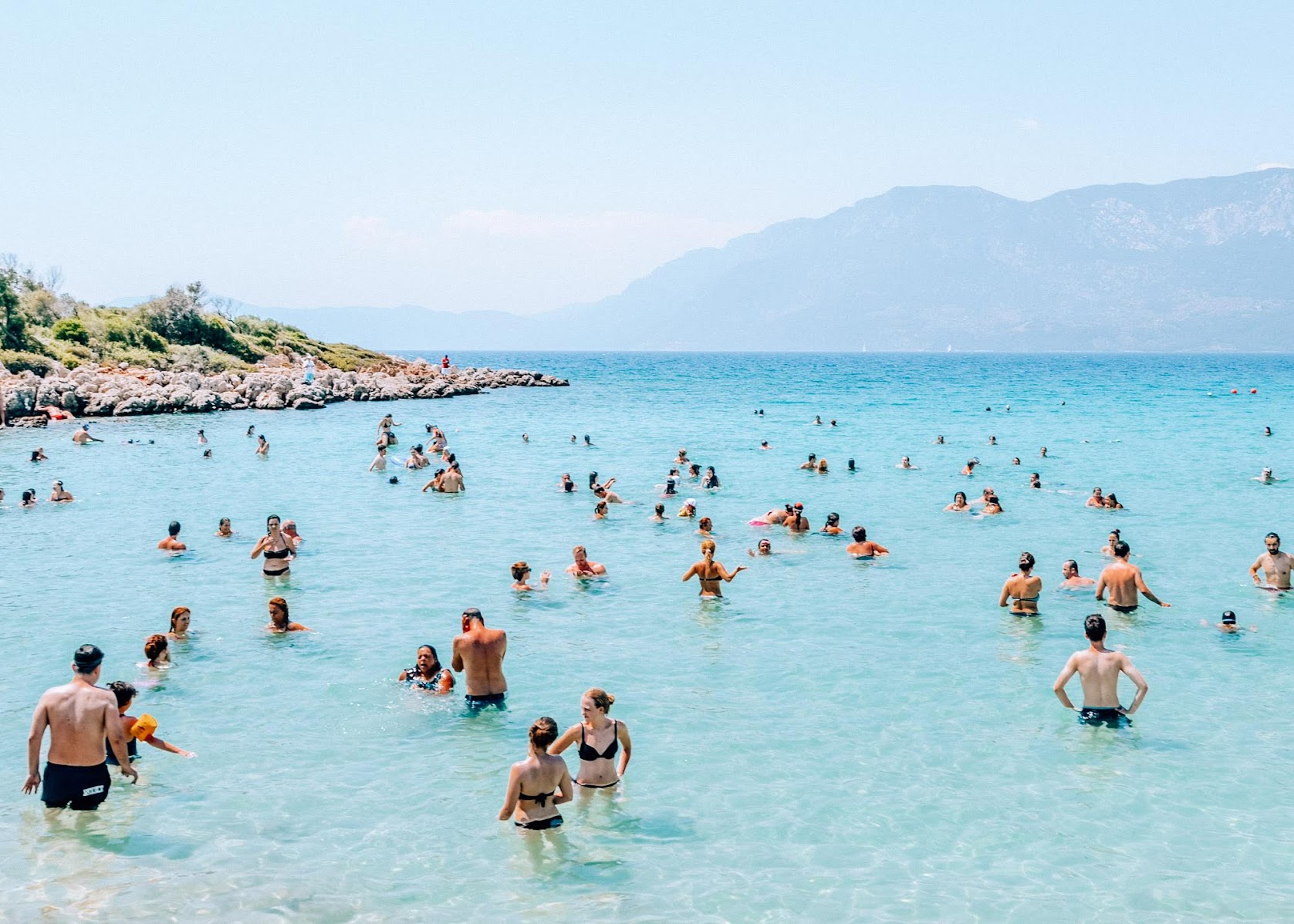