The Edge is a unique boutique hotel located in a village called Karaağaç, high up in the mountains near Fethiye on the Lycian Way in Turkey. We drove there from the resort of Ölüdeniz and it took us around 45 minutes of twisting and turning around the mountain roads to reach it. 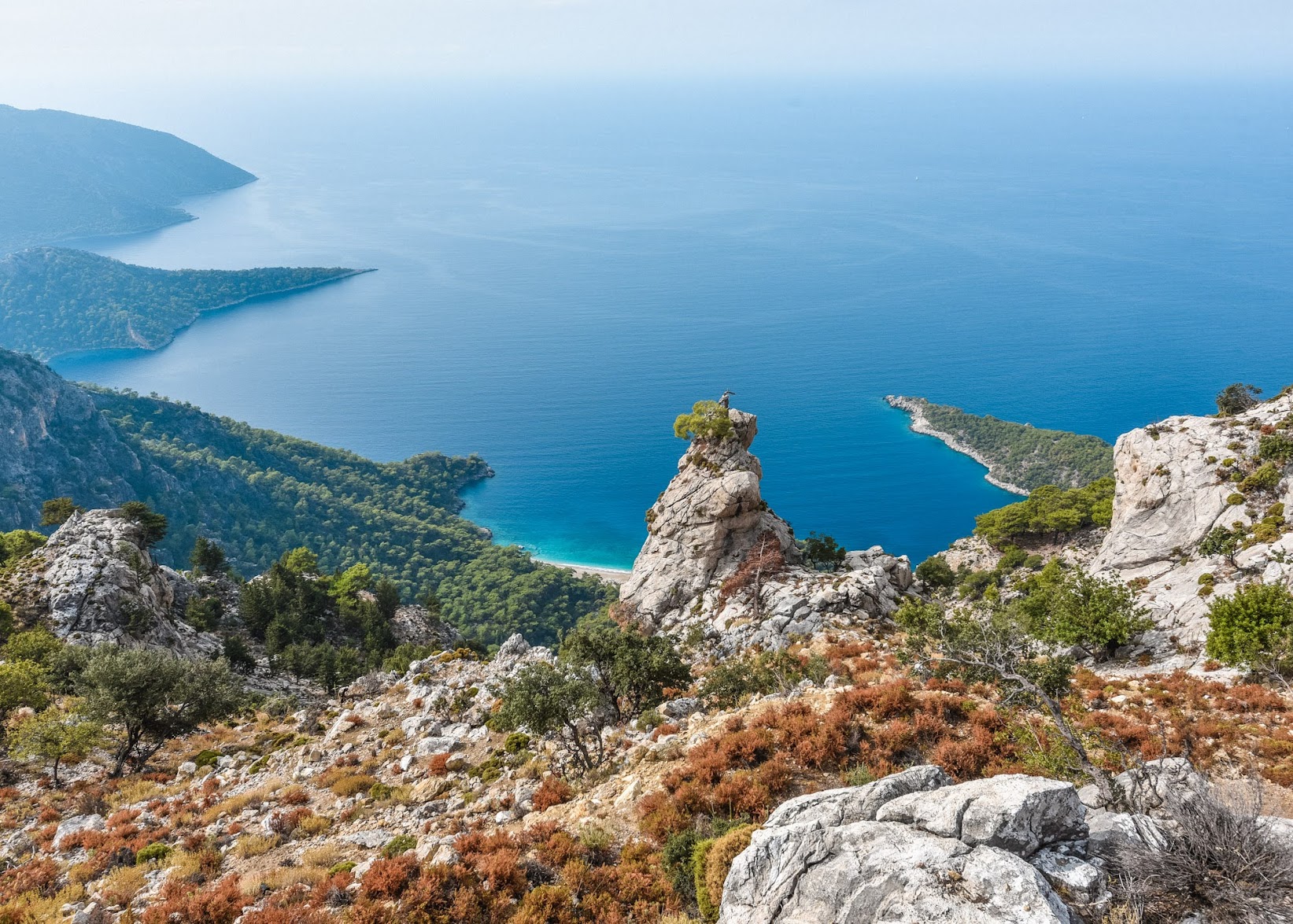 It was a collaboration that our friend over at Kucuk Oteller organised for us. The lady owns 2 hotels and there appeared to have been some wires crossed as to which hotel we were supposed to be staying at as when we turned up at The Edge and the hotel had already closed for the season. 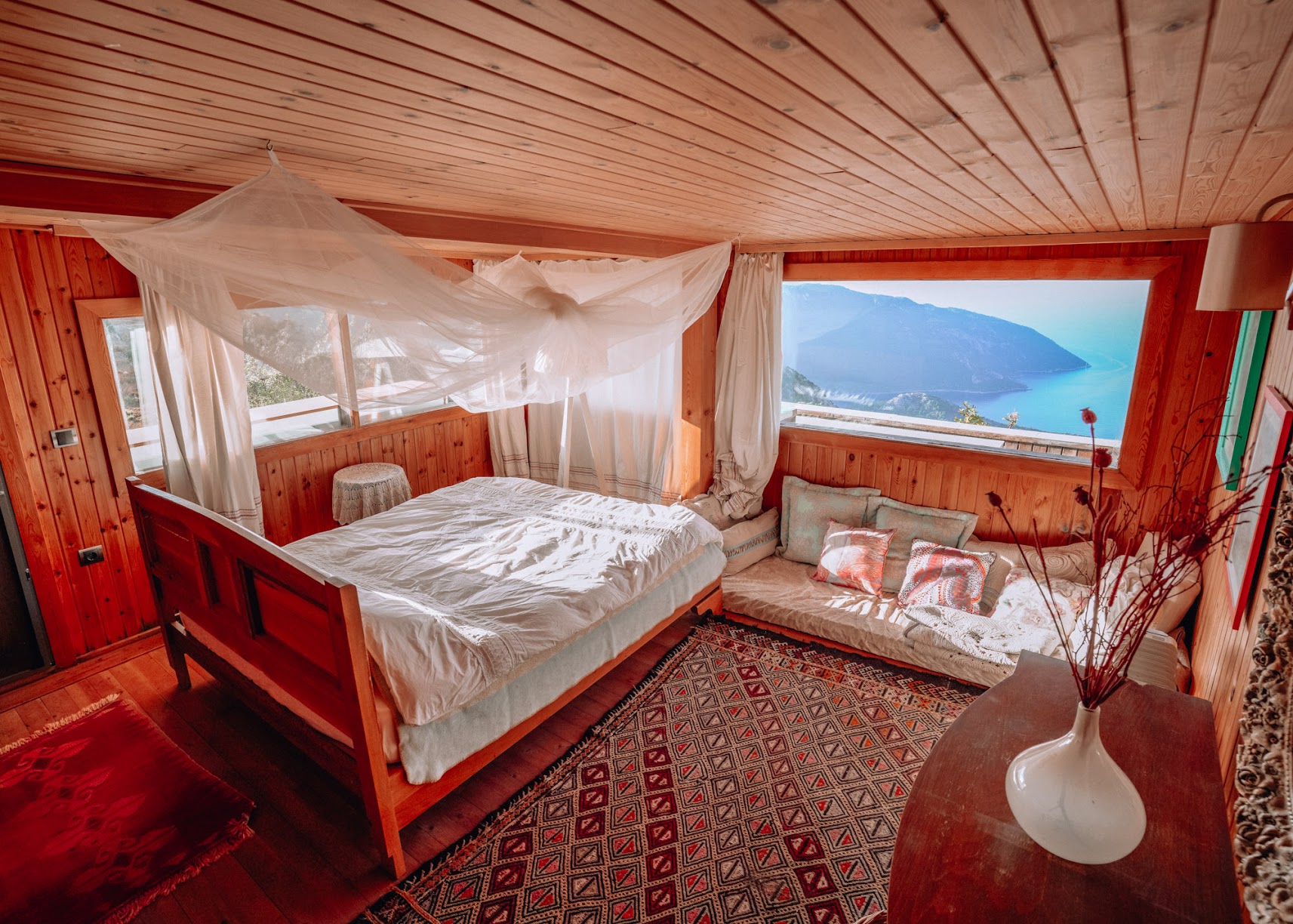 We had no idea what to expect as we hadn’t seen many photos of the property online asides from an amazing view. As the name suggests, The Edge is on the edge of a mountain and overlooks an infinity blue view of the sea and the turquoise waters of Paradise Beach. 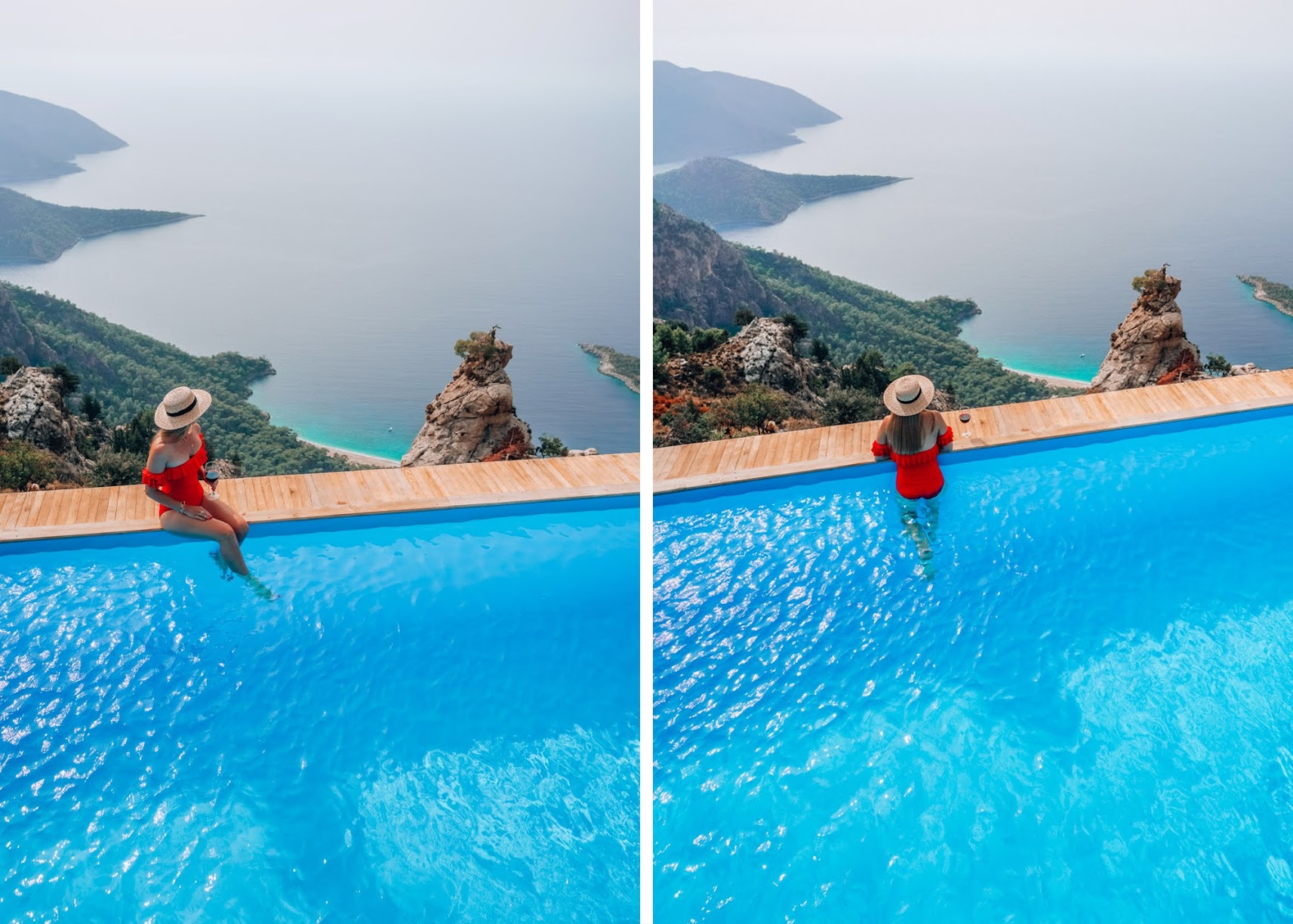 The Edge has 5 bedrooms, a living room with a big open fire, an outside kitchen area and an infinity pool with a view. It definitely had the feel of a remote cabin hidden away in the mountain and is a great place to switch off and unwind, do some yoga, read or…take an insane amount of photos like we did. 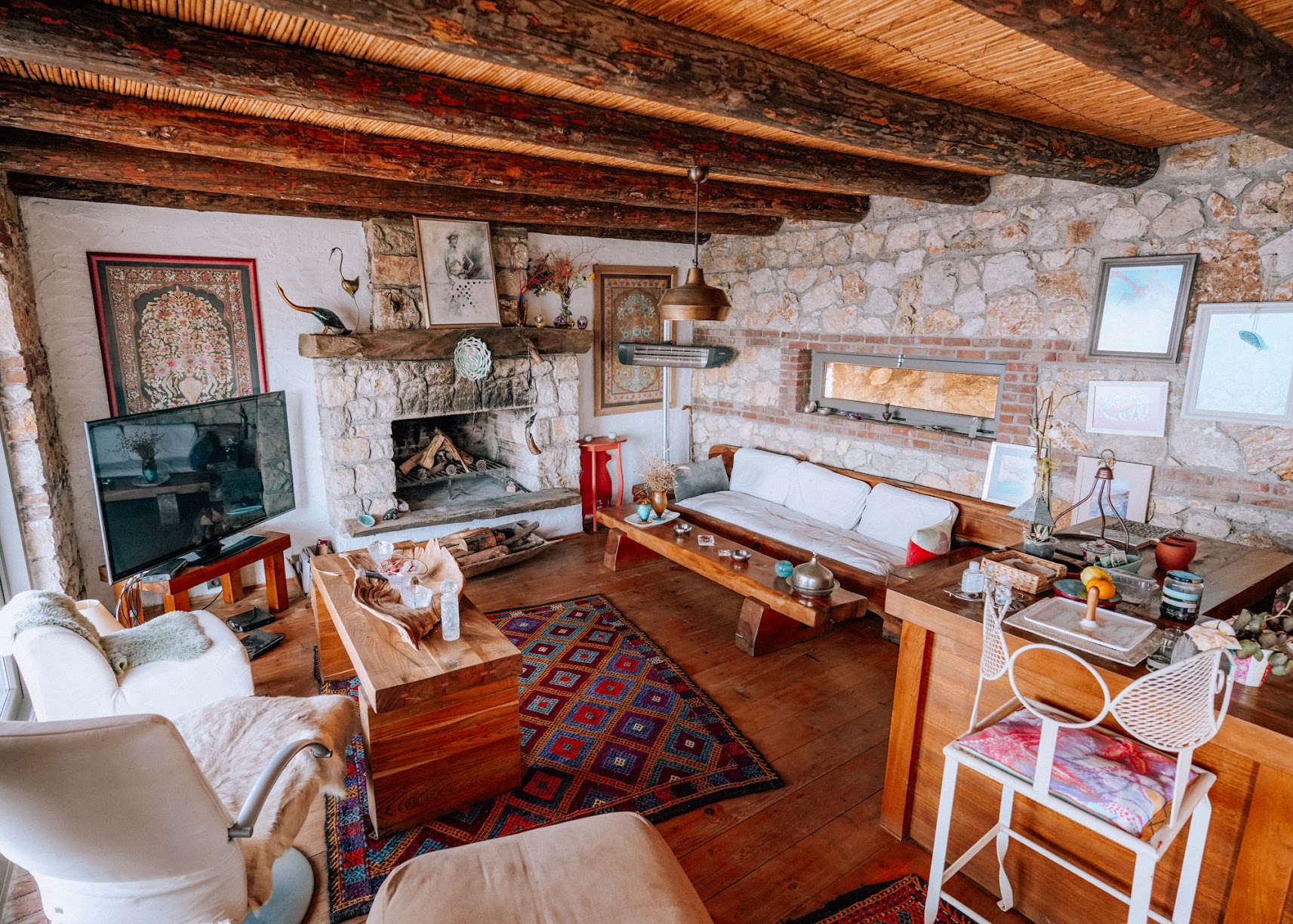 As the hotel had closed and we were the only ones staying there, there was no food, water or any restaurants or shops open in the village as the season had just ended and the tourists had departed. I’m a creature of comfort so it felt a little strange not to know where we would eat that night, but luckily for us we managed to find a local villager who agreed to make us a typical Turkish meal in exchange for a few Lira. 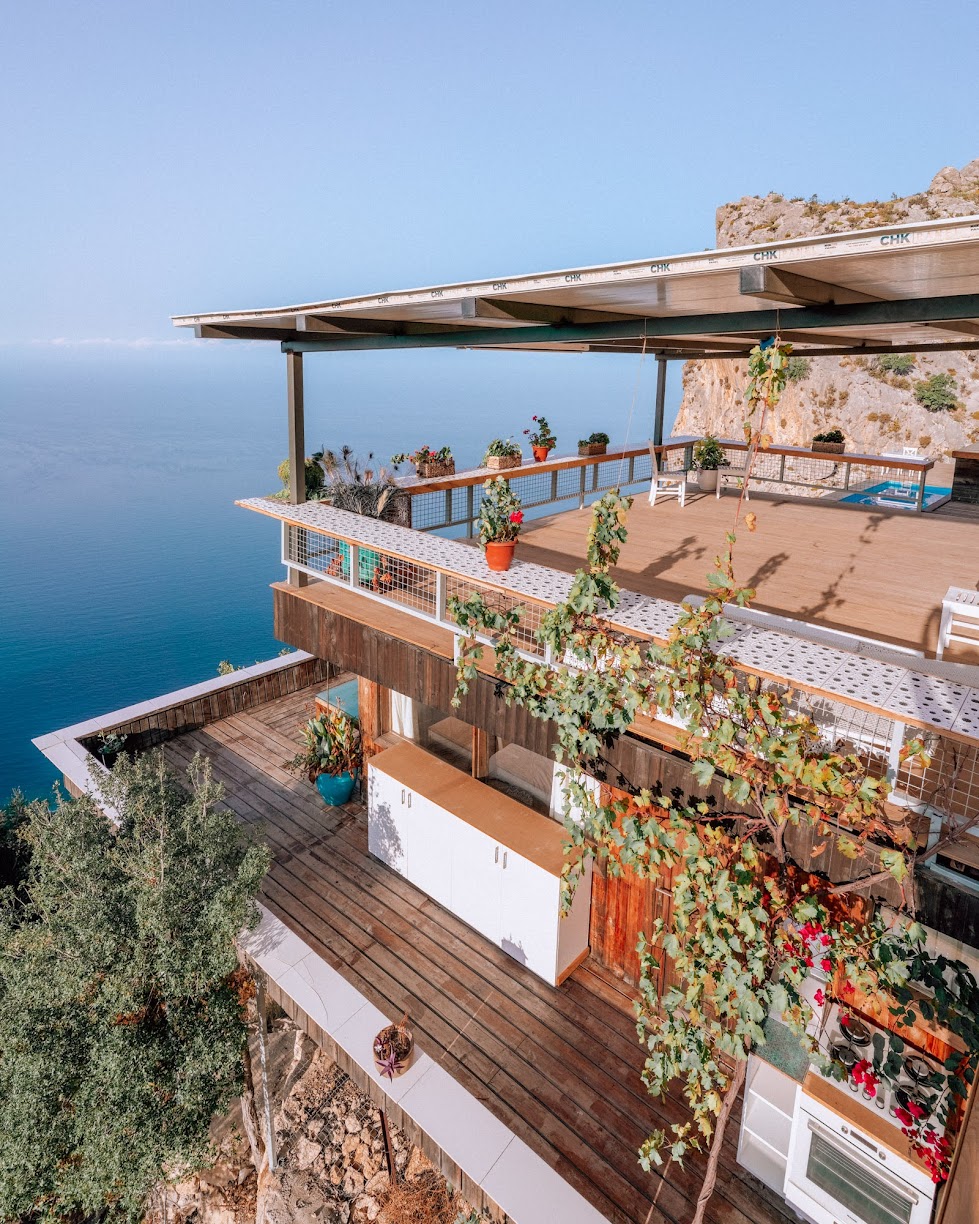 That night we watched the sky turn a million different colours as the sun set and sipped on a glass of wine marvelling at how our job has brought us to such unique places like this and pondering if the villager would actually show up with dinner or if we’d have to go foraging for our supper. 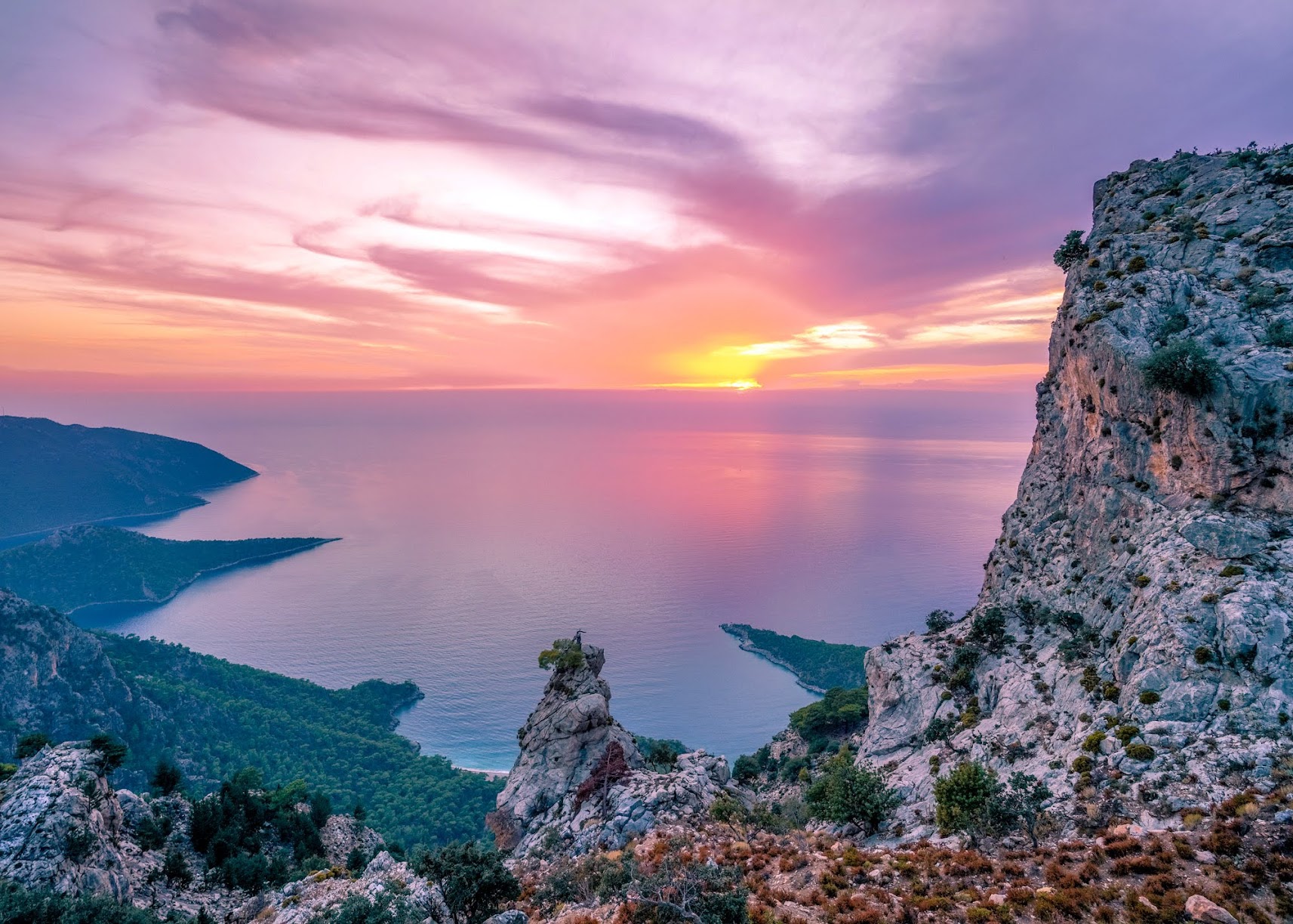 At 7pm we heard a motorbike approaching and the man showed up with kuru fasulye (beans with rice) and bread which we ate in the cosy living room. I’m not usually the biggest fan of beans with rice but man, that was one of the best meals i’ve ever had! 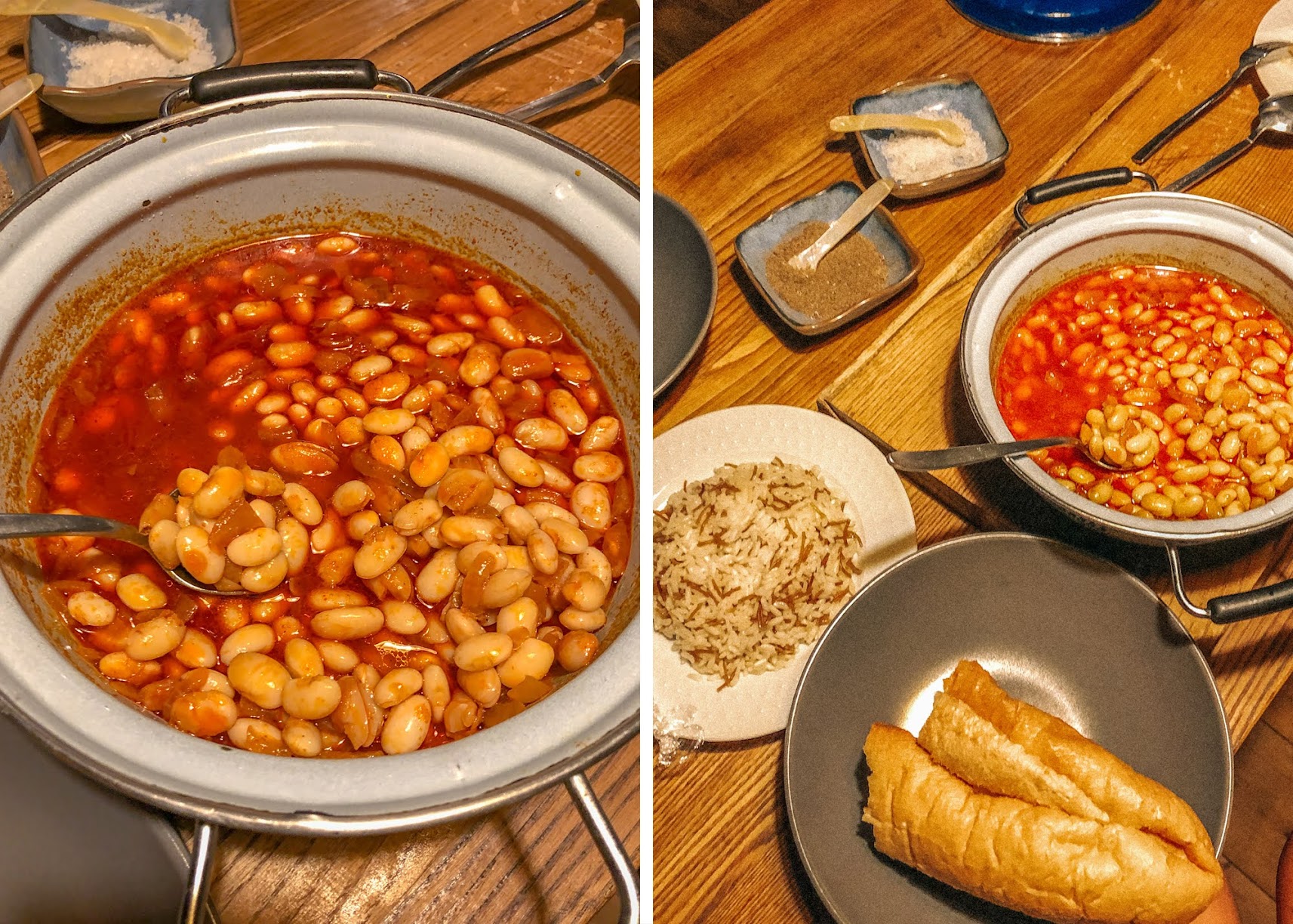 The day time there is totally different than at night. It was a little scary at first to be perched on the side of a cliff all alone, but scary in an exciting kind of way. The only noise you can hear for miles around are the bells jingling from around the mountain goats’ necks. The sky was so clear that you could see all the stars shining so brightly and the moon lit up the black sea below. It was a memorable evening and we huddled together under a blanket and watched a movie until it was time for bed. 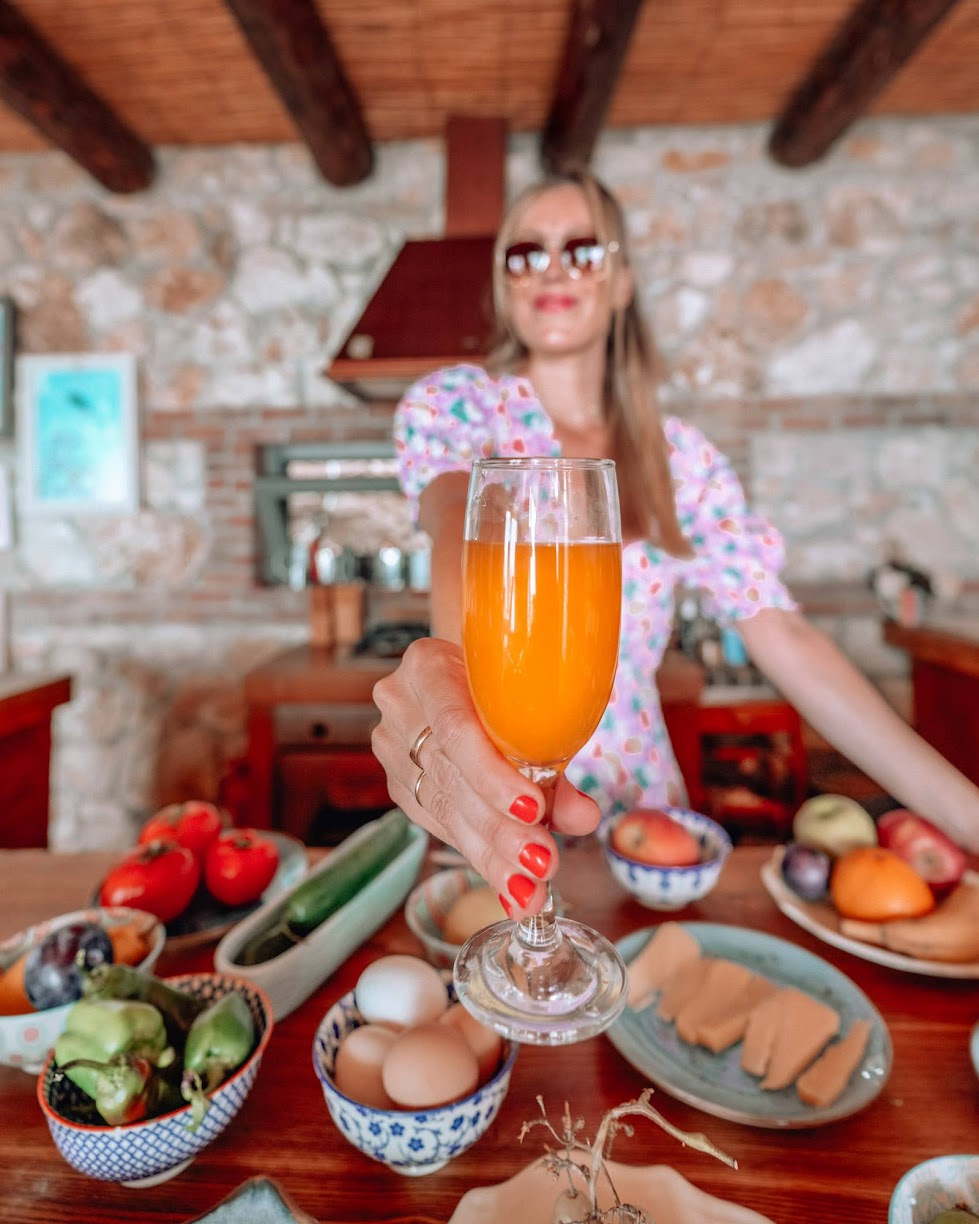 We woke up and created a delicious breakfast spread using food props I had for a picnic shoot earlier that week! The local villager also turned up with a delicious omelette which he had made with dried mint – Not something I have ever thought to add to an omelette but I definitely will do so from now on!

We only stayed 1 night but we left feeling really relaxed, it’s such a unique property. I mean, just look at that view, it doesn’t get much better than that…Sitting on the side of the wooden terrace looking over that view really does give you the feeling of being on the “edge of the world” 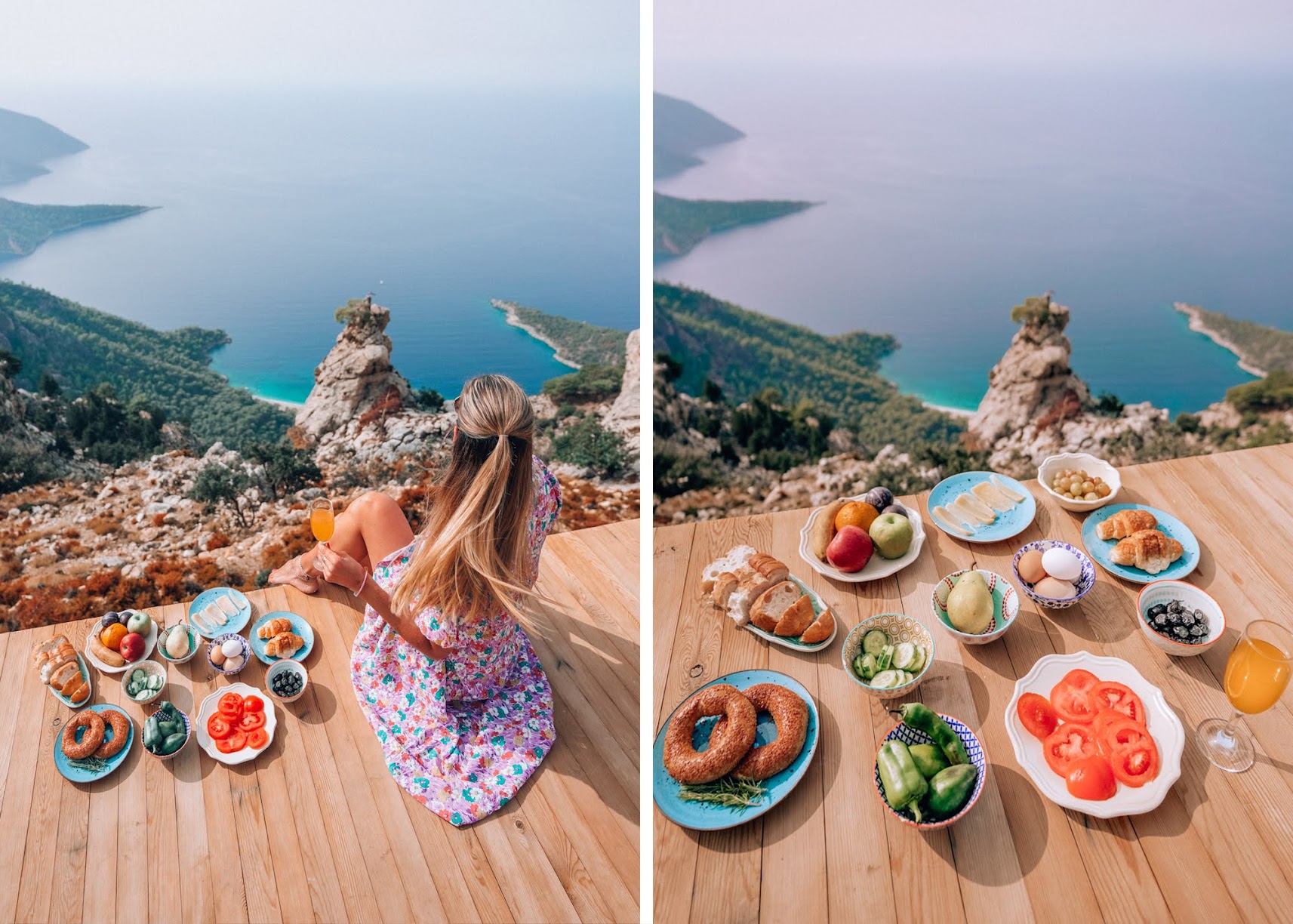