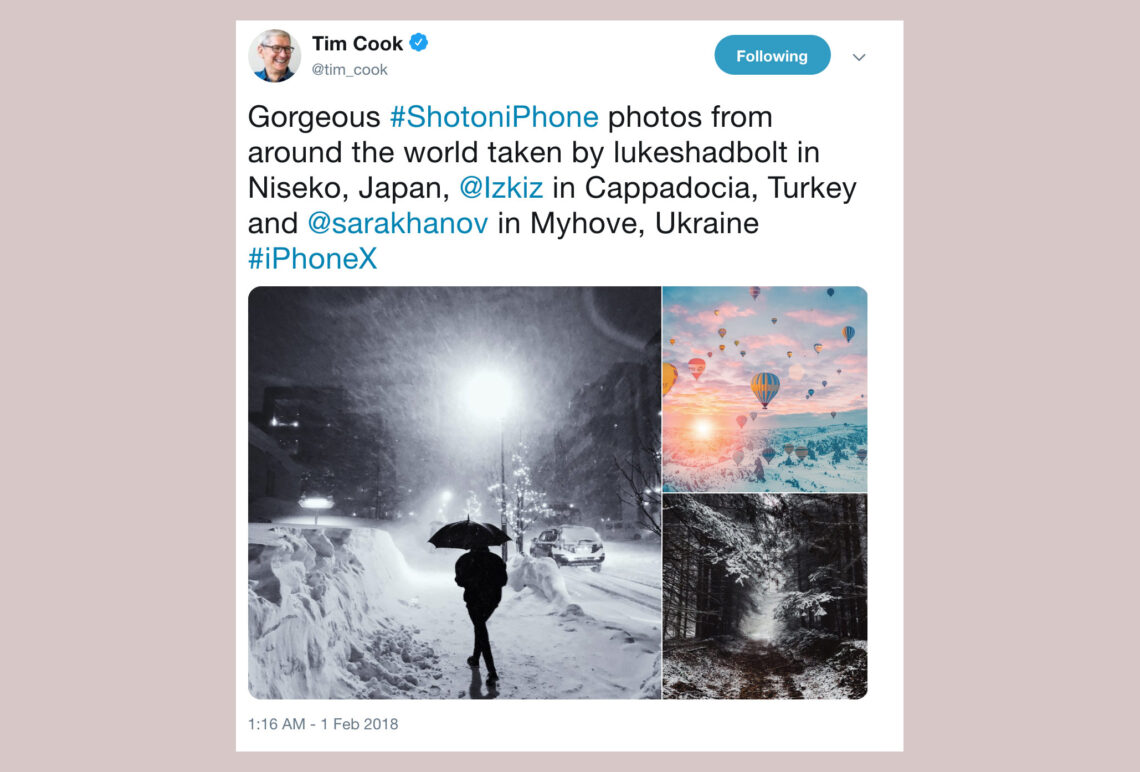 Last week I woke up and my twitter mentioned were going berserk. Sleepy eyed I opened the app and then I saw why – Tim Cook had tweeted one of my photos. THE Tim Cook!

As an avid Apple lover since my first iPhone many years ago (3gs) I felt honoured that the CEO of one of my favourite ever brands had even seen a photo of mine, let alone tweeted it for the world to see!

The photo in question is one I shot on my iPhone X in Cappadocia, Turkey. Cappadocia is definitely one of my favourite locations to take photos in due to it’s natural beauty, crazy landscape and hundreds of balloons that float around the sky every morning. 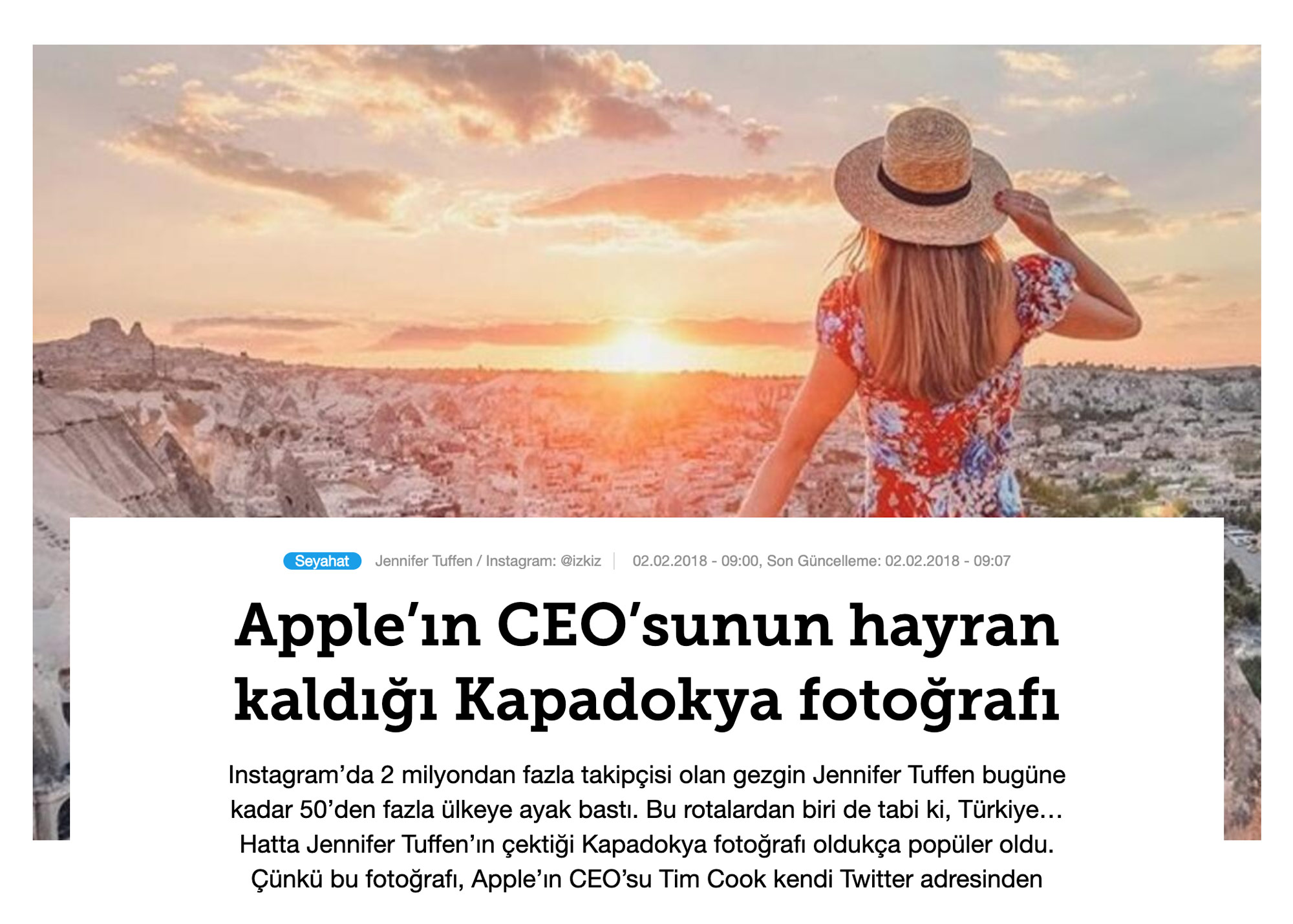